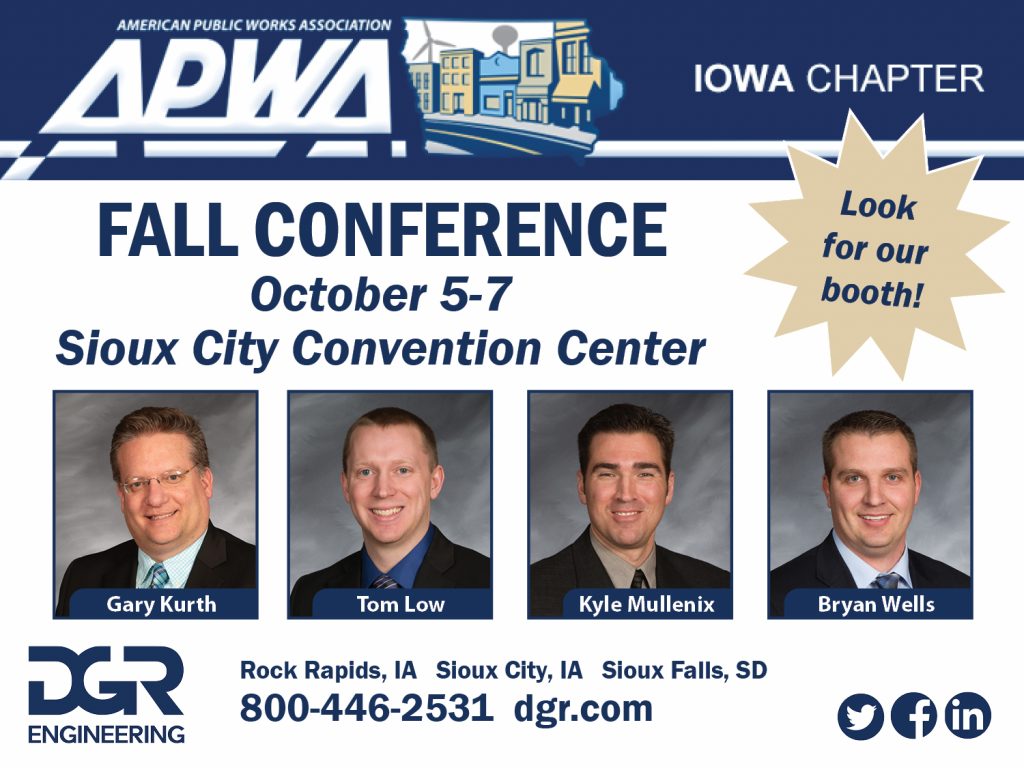 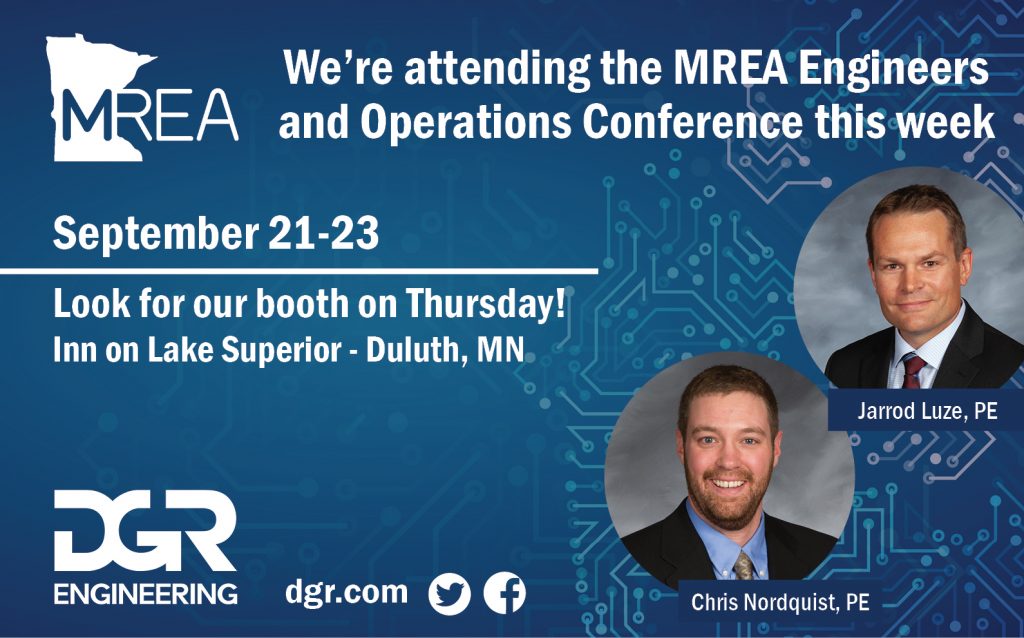 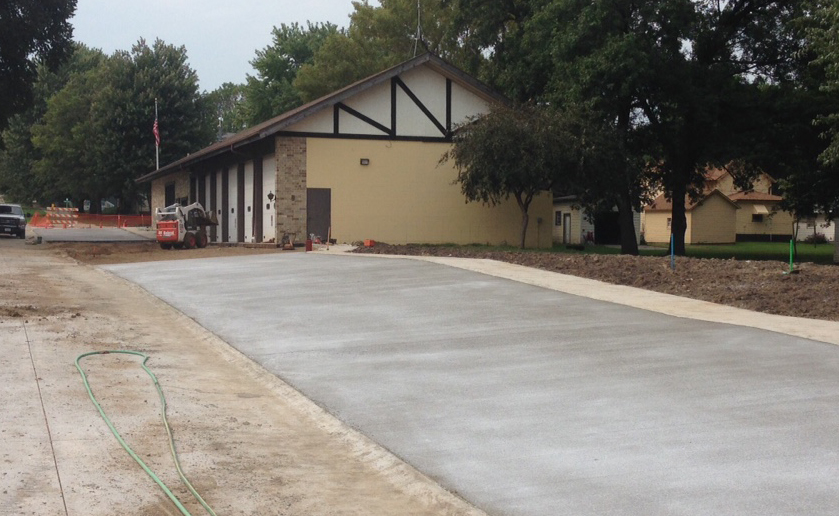 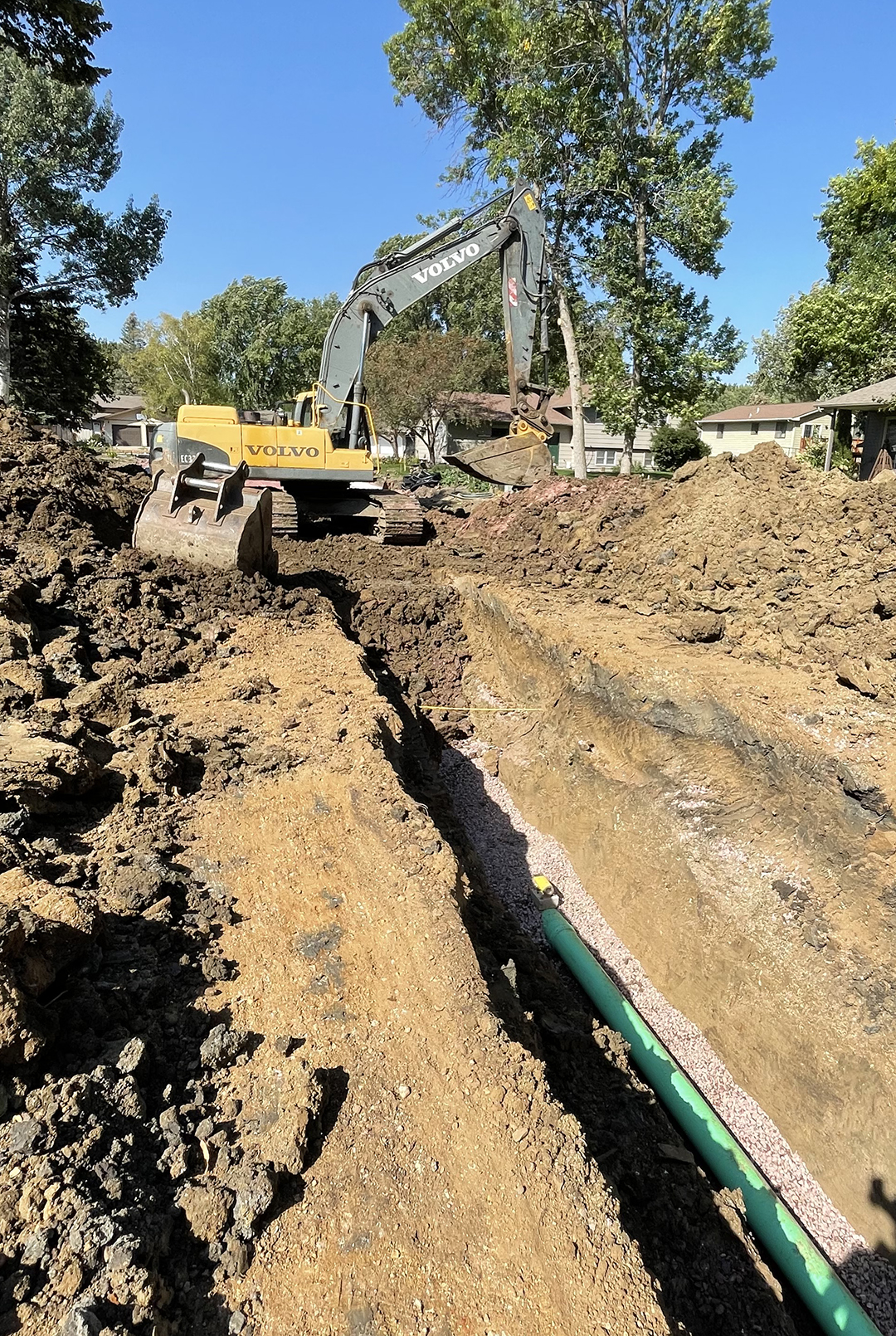 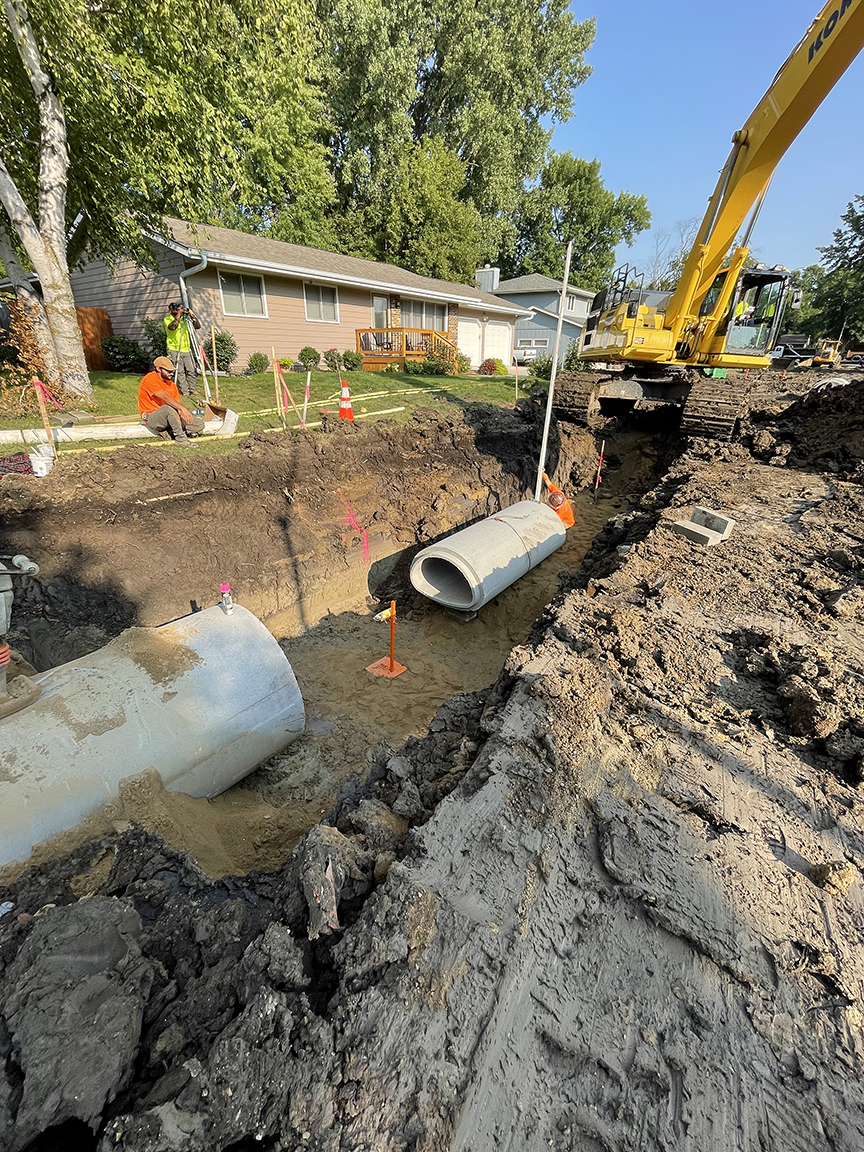 The sedimentation basin was a unique feature to this project. It was designed to slow the discharge of stormwater to Splitrock Creek in smaller rain events, but it also has the ability to be overtopped at the bottom in larger rain events without causing damage to the system.

As the City of Brandon grows, the basin will help to meet upcoming MS4 (Municipal Separate Storm Sewer System) EPA requirements that will be placed on the City.DGR assisted the the City in acquiring the land needed to construct the sedimentation basin and relocate the City’s lift station that serves the area. The decision was made to relocate and construct a new sanitary sewer lift station on the same parcel that would contain the sedimentation basin. The new lift station replaced some aging pumps and equipment, and employees will no longer need to climb down into a confined space. In addition, an on-site back up generator was added to provide instant backup in the event of a power outage. 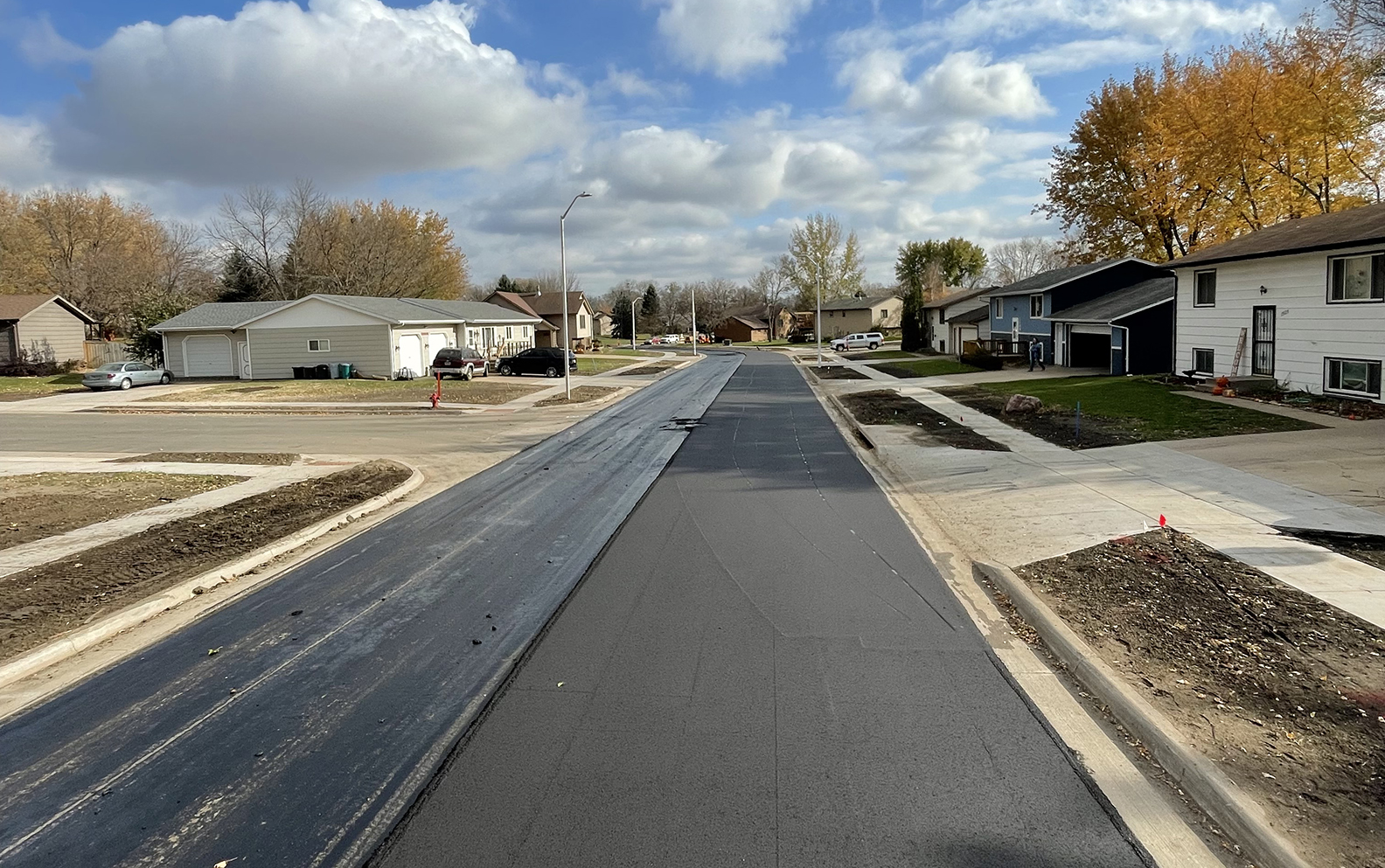 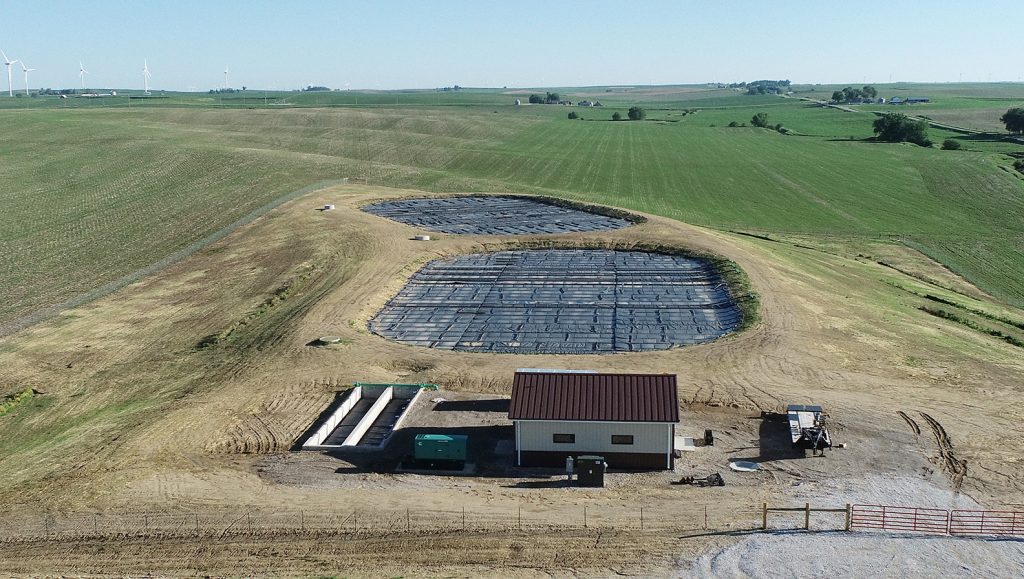 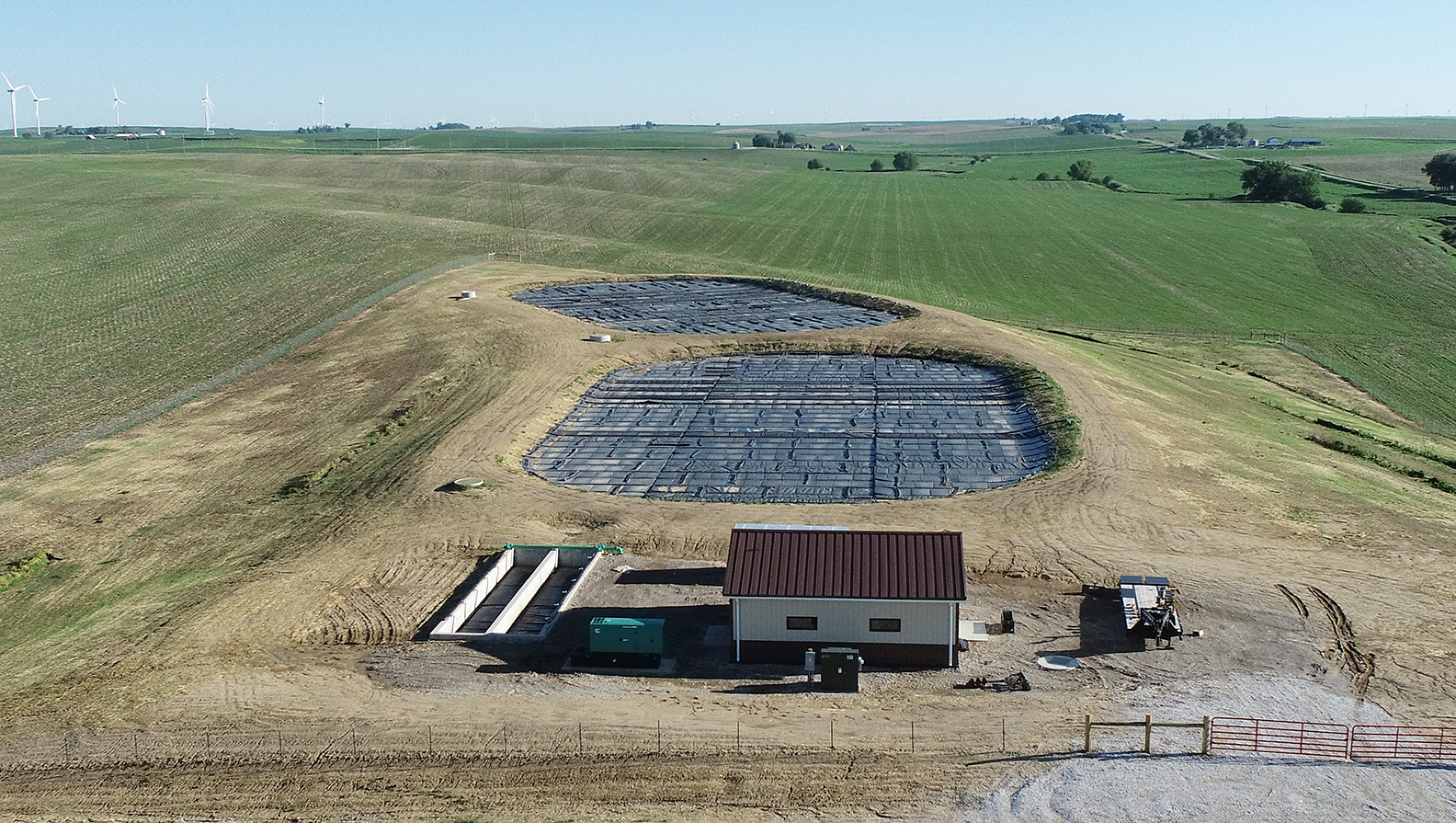 Schleswig had two major decisions to make:
what type of treatment technology to construct,
and where it should be constructed.

The City of Schleswig, Iowa is a small, German-heritage town located just north of Denison on U.S. Highway 59. To treat its wastewater the City operated a 3-cell aerated lagoon facility located in the south part of town that was originally built in 1960, with upgrades made in 1975 and 1999. Since its construction, the community has continued to expand around the treatment facility, including a golf course directly to the west and a residential housing development immediately south. Each spring as the ice would melt, the lagoons would turn over and create an odor issue throughout town, while the floating aerators provided a constant humming sound as background noise to any activities taking place near the facility.

In 2017 the City was issued a new NPDES discharge permit which contained more stringent ammonia limits as well as new E. coli limits. Similar to many small communities in Iowa, Schleswig’s aging lagoon treatment facility could not meet these new limits. It was clear that innovation was needed; hence, the City retained DGR Engineering (DGR) and began planning a wastewater treatment facility (WWTF) improvements project.

In modifying their WWTF, the City had two major decisions to make: what type of treatment technology to construct, and where it should be constructed. With input and advice from DGR, the City decided that the best option would be to build a LemTec ™ treatment system, and to move it out of town.

The City was able to purchase 7.35 acres located 2.5 miles east of town to build its new treatment facility. The LemTec™ system was chosen based on its relatively small footprint, ease of operation, and low capital and operation and maintenance costs. Ultimately, the LemTec™ system allowed Schleswig to meet the more stringent permit limits utilizing a robust, easy-to-operate, affordable technology.

The project included a new inlet screening building with a vertical mechanical screw screen and compaction system intended to remove, wash, and compact solids in the wastewater stream larger than 0.25 inches. The screening system is followed by a duplex submersible pump lift station, both located at the existing treatment site. The lift station pumps the screened influent through 2.5 miles of 8” forcemain to the new treatment site. 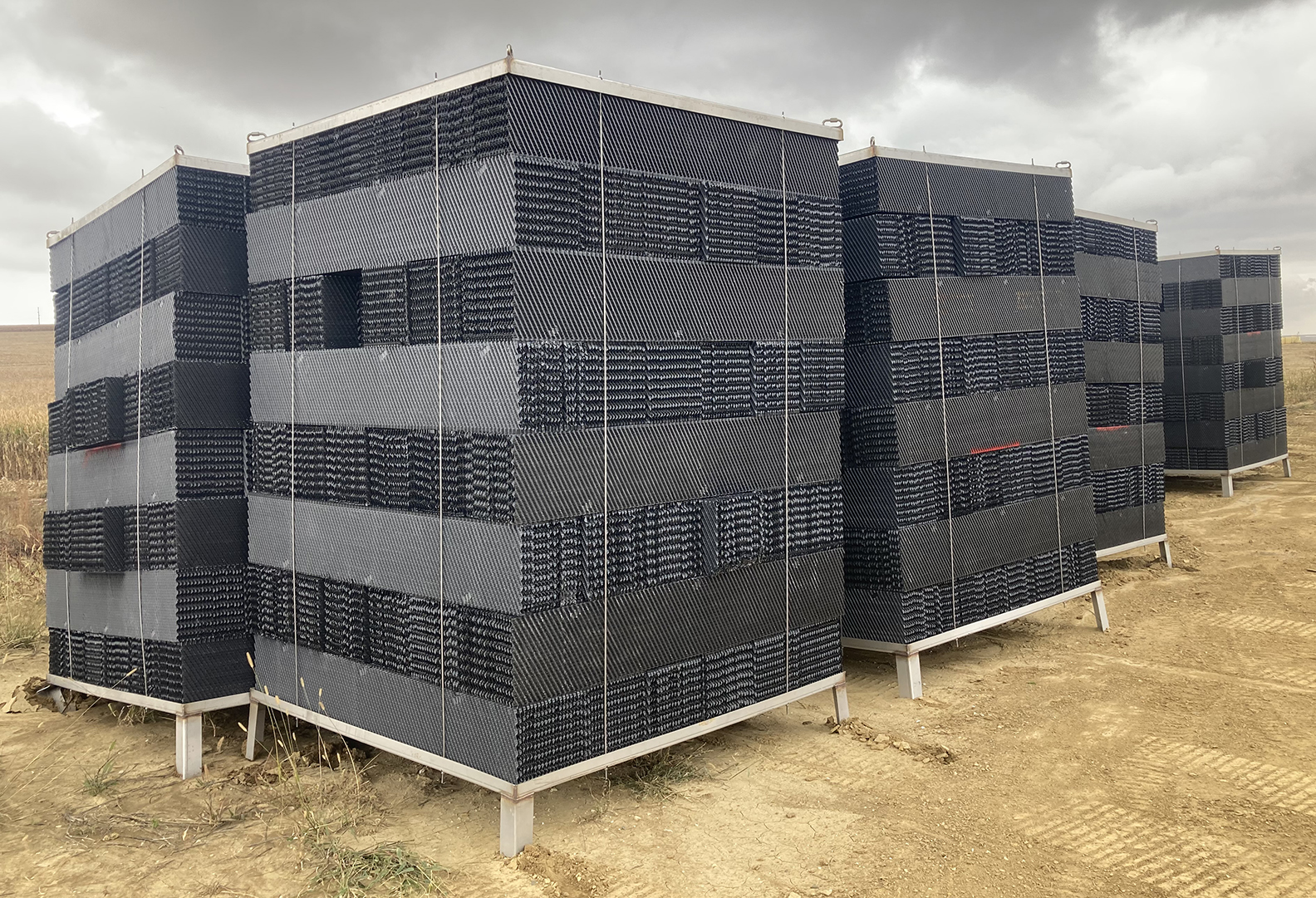 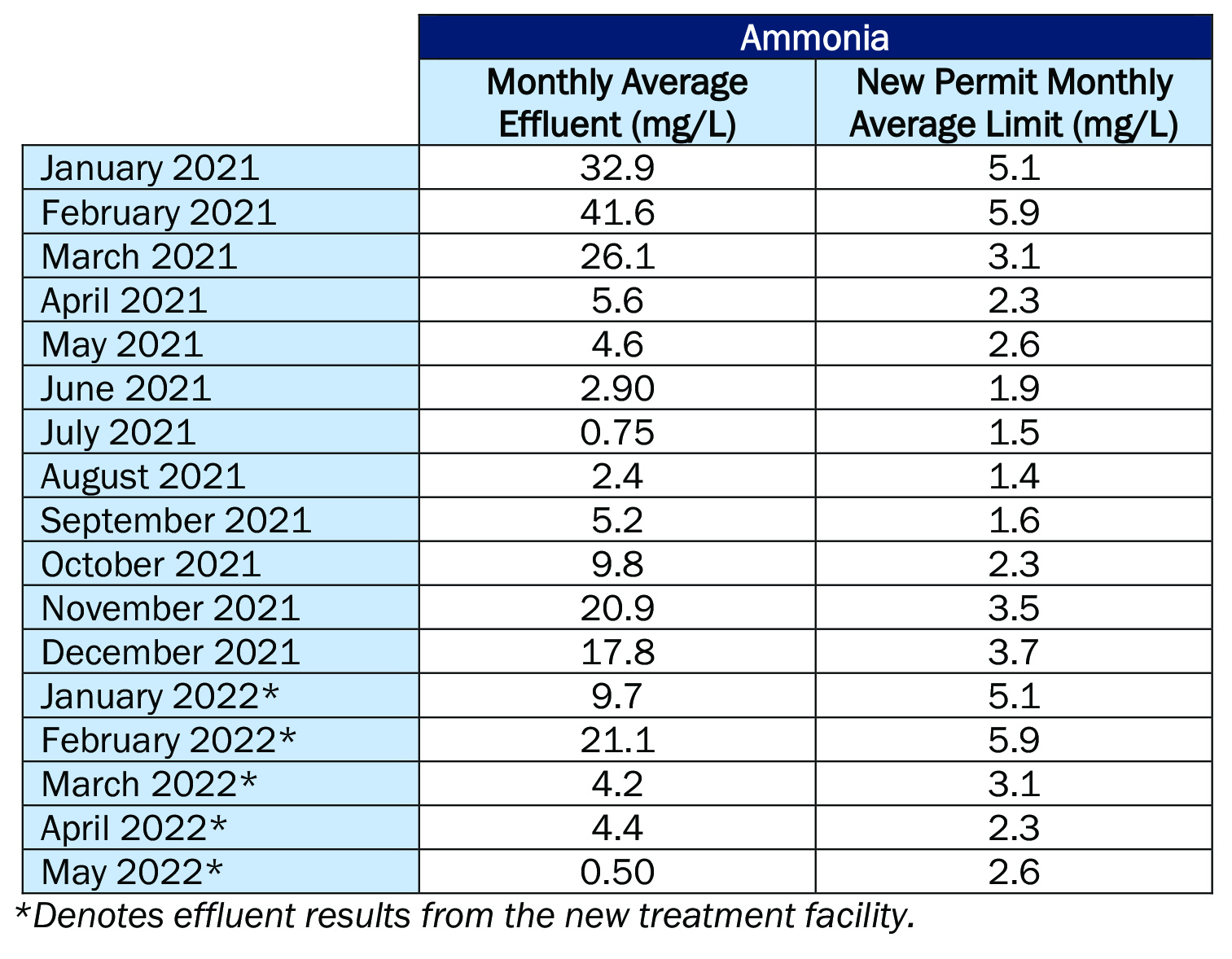 The LemTec™ system helps combat this phenomenon in two ways: first, the insulated lagoon covers help retain heat in the system; second, the fixed media in the polishing reactors provides greater surface area to allow a larger population of nitrifying bacteria to grow and treat ammonia.

The LemTec™ system at the new treatment site consists of two aerated treatment lagoons which are covered with insulated, floating covers to retain heat and increase treatment efficiency.

The aerated lagoons are followed by small polishing reactors which contain fixed media to provide additional ammonia treatment. Effluent from the polishing reactors is disinfected through a UV disinfection system for treatment of E. coli prior to discharge to the receiving stream.

The system began initial start-up in mid-December 2021, and after a slow start-up process due to a cold winter and spring, is currently treating the wastewater to non-detectable ammonia concentrations (< 0.5 mg/L).

Congratulations to DGR’s Trent Bruce, PE on being named Engineer of the Year by the South Dakota Engineering Society Eastern Chapter! The honor was announced at the annual awards banquet Saturday evening, February 26. It recognizes SDES members who have made outstanding contributions to the engineering profession, the public welfare and/or humankind. Bruce is the head of engineering services and office manager of the Sioux Falls, SD office. 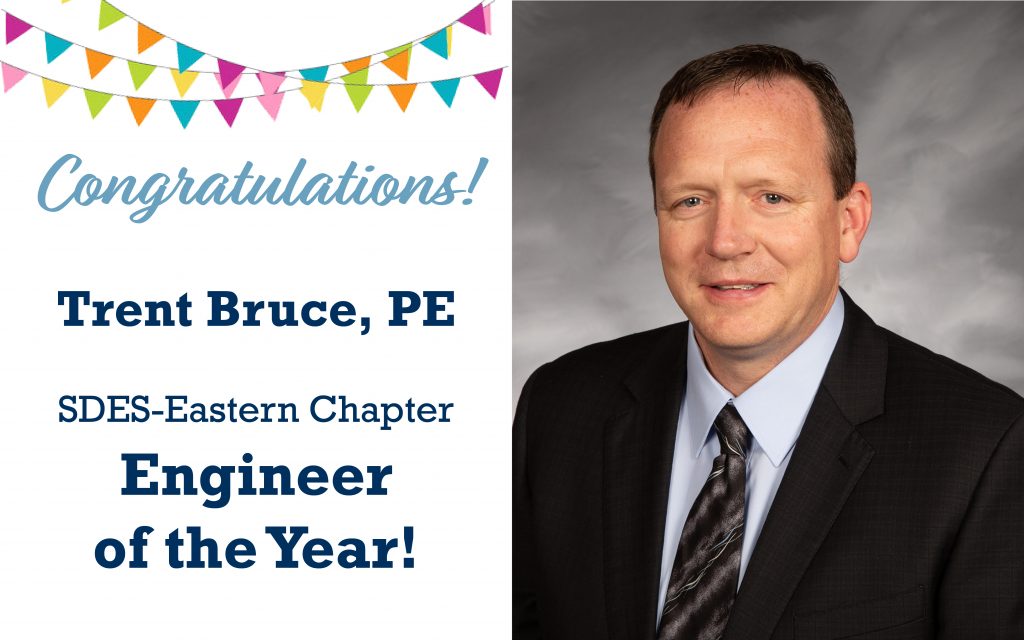