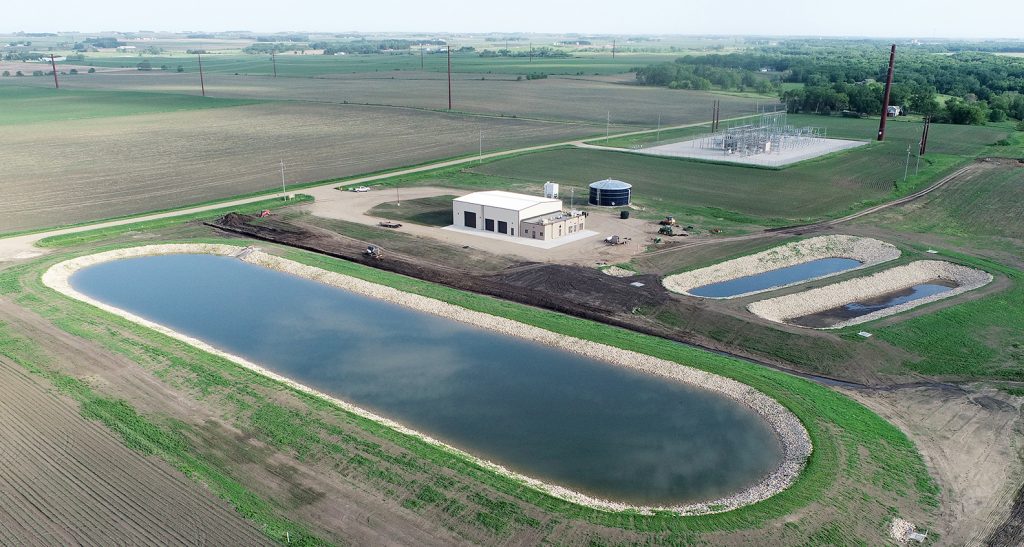 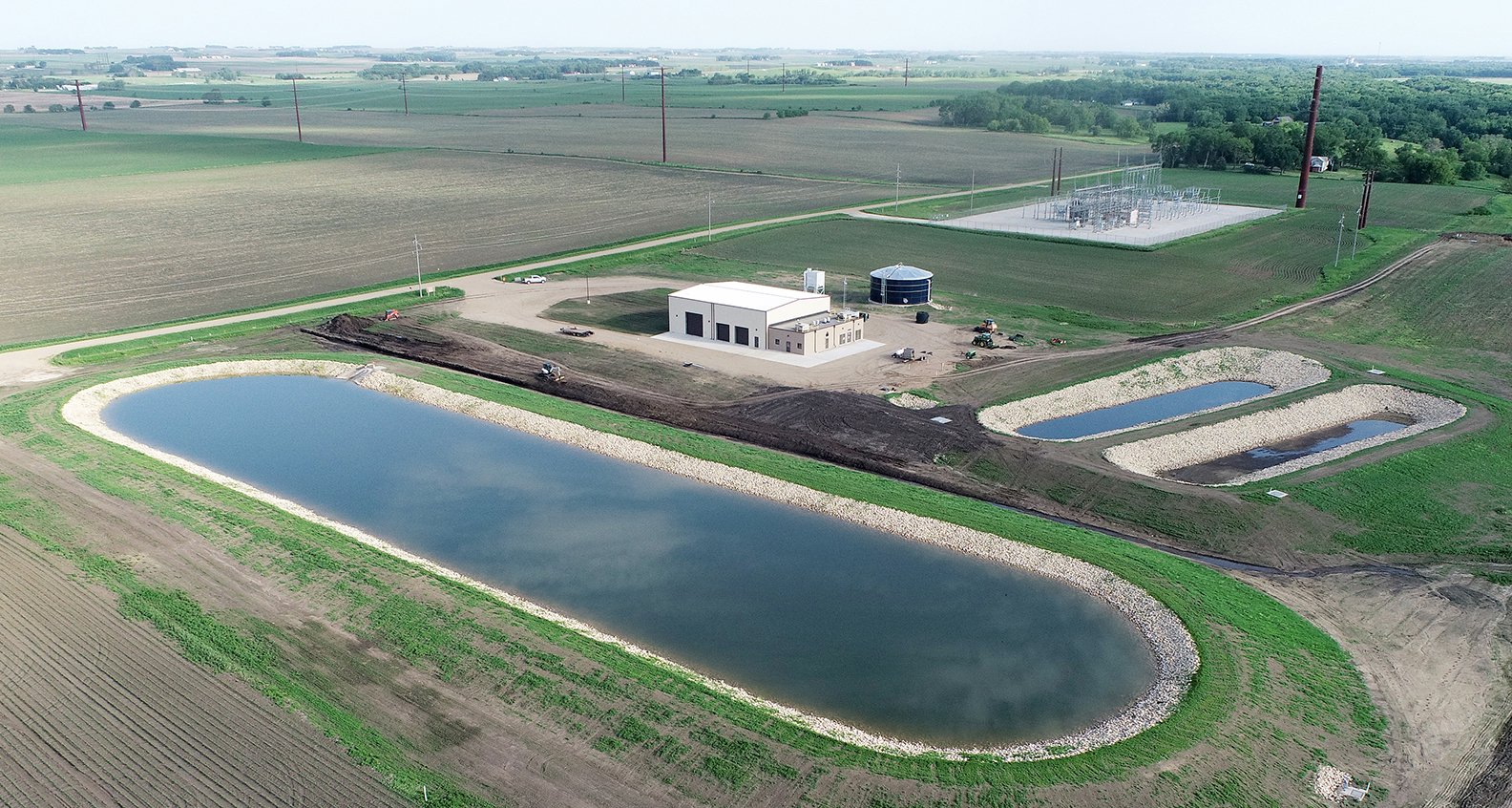 Iowa Lakes Regional Water (ILRW) provides water service to small communities and nearly 5,000 rural residents in northwest Iowa. The ILRW system encompasses over 200 square miles of service area in all or parts of Dickinson, Emmet, Clay, Palo Alto, Buena Vista, Sac and Cherokee Counties in Iowa and Jackson County in Minnesota. Water demands within the ILRW system are diverse, from high residential and tourism demands in the Lake Okoboji and Big Spirit Lake areas in the northern part of the system, to rural residential and large agricultural demands in the remainder of the system.

The Lakes area of the ILRW system has experienced significant growth as it has become a popular tourism location for residents of the upper Midwest. As ILRW developed the Lakes Area, they initially purchased water from a municipal system that treated surface water from Lake Okoboji. This source was an economical option to get the new distribution system started, but recent changes in surface water treatment has led to rising treatment costs and challenges with increasing disinfection byproduct concentrations. ILRW had the goal to provide this area and other rural customers with a higher quality and more economical water source than what they received from their bulk sources. A new treatment plant, the "Osgood" water treatment plant, fulfilled that goal.

The development of the Osgood water source has been a goal of ILRW for decades. As ILRW developed the eastern side of its system, ILRW and DGR Engineering (DGR) worked together to design and install transmission capacity capable of incorporating the Osgood water source, knowing that the new WTP would be needed in the future. The three goals of the project were as follows: to gain independence from purchased water sources, to provide high quality water to existing customers, and to accommodate system growth.

The plant is located along the Des Moines River between Graettinger and Emmetsburg, Iowa. The well field is in a shallow alluvial aquifer approximately 40 feet deep located 2.5 miles east of the water treatment plant and on the eastern side of the Des Moines River. The water treatment plant is located on the western side of the river at a much higher elevation and out of the flood plain of the river. Osgood has a capacity of 750,000 gallons per day and is easily expandable to 2.25 MGD.

The project was developed using the United States Department of Agriculture Rural Development’s (RD) Water and Waste Disposal Loan and Grant Program, which has been the primary funding source for many ILRW projects. ILRW was able to obtain a loan and grant package from RD that enabled the project to be affordable to existing ILRW customers without having to raise rates.

Many alternatives were considered but a direct treatment reverse osmosis water treatment plant was selected due to the lowest initial capital investment and ease of operation. The membraned system also provides a modular style construction that allows for easy expansion as system demands increase.

Reverse osmosis treatment without pretreatment for iron and manganese removal may not always be successful, so the technology was piloted to prove the concept would work. The pilot demonstrated that the water source was a great fit for direct treatment by reverse osmosis. In addition to iron, manganese, and hardness removal, softening membranes have an added benefit of removing other contaminants, such as nitrate, which is always a concern with shallow alluvial aquifers in agricultural settings. Nitrate levels are currently below the EPA's MCL, but test drilling showed elevated levels near the well field.

The project was bid at the beginning of the pandemic (April 23, 2020) with very competitive bids. Six bids were received on the project with all bids being within 5.5-percent of the low bidder. The project was awarded to John T. Jones Construction Company on June 26, 2020, and substantial completion on the project was granted on January 25, 2022.

While direct treatment with softening membranes is not uncommon in and of itself, this project was unique in that it utilized shallow alluvial wells located approximately 2.5 miles away from the treatment plant. Due to the long raw water pipeline, ILRW and DGR determined that best practices would be to include a means to pig (clean the inner walls of pipes) the raw water pipeline in the final layout.

Based on the pilot water quality results and operating pressures, a hybrid skid was designed which utilized two different styles of membranes in each stage to target different contaminants. The RO skid was also designed for two half-sized trains on one frame to minimize the footprint and reduce overall capital costs. The half-sized trains allowed the plant to operate for a longer duration during low demand and minimize the amount of water wasted during the raw water pipeline flush period between startups/shutdowns. Thirdly, two treatment trains on one skid allowed for redundancy of the treatment equipment.

Treated water quality from the new Osgood WTP is summarized in the following table: 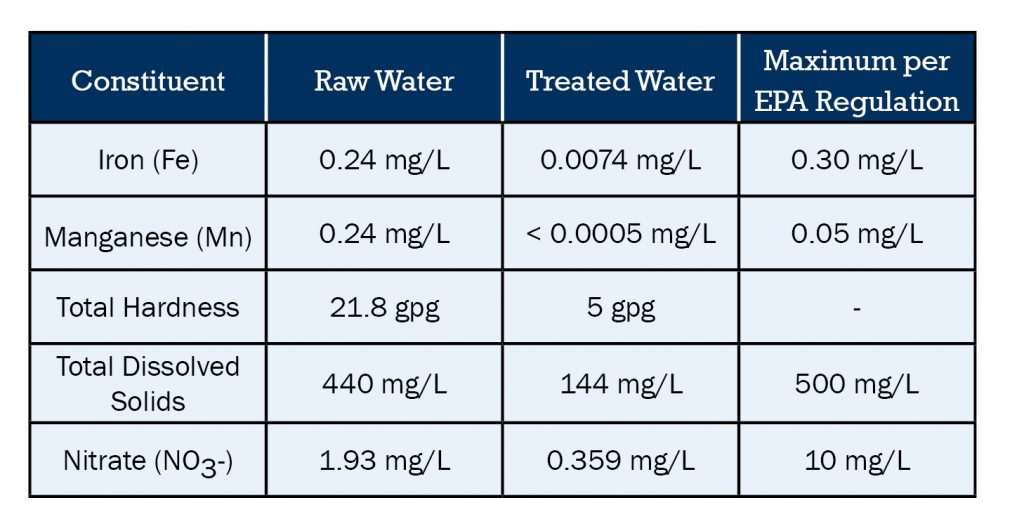 As indicated in the table above, the Osgood WTP produces high quality water for the customers of ILRW, a quality unmatched by most water systems. The water quality produced by Osgood is equivalent to the water quality produced by ILRW’s other water treatment plant, providing customers with consistent water quality regardless of water source. The consistent water quality has significantly reduced taste and odor complaints because the use of other bulk water sources has been significantly reduced. Osgood has reduced ILRW’s dependency on outside water sources, reduced operational costs, and set ILRW up to provide water for future demand growth. 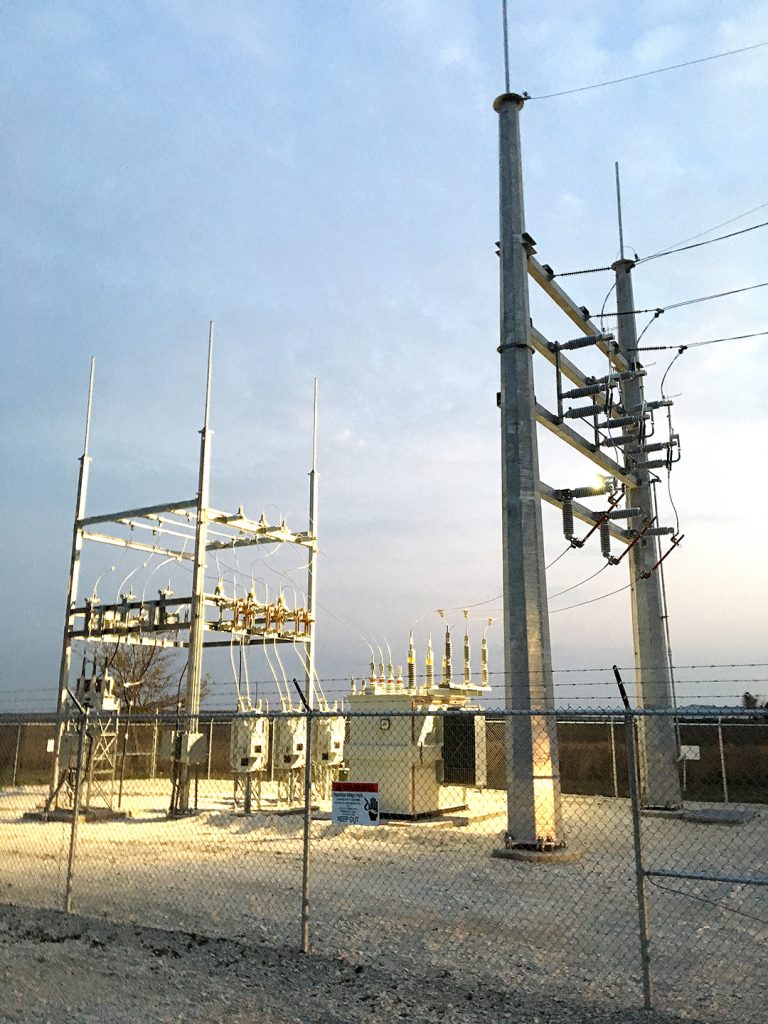 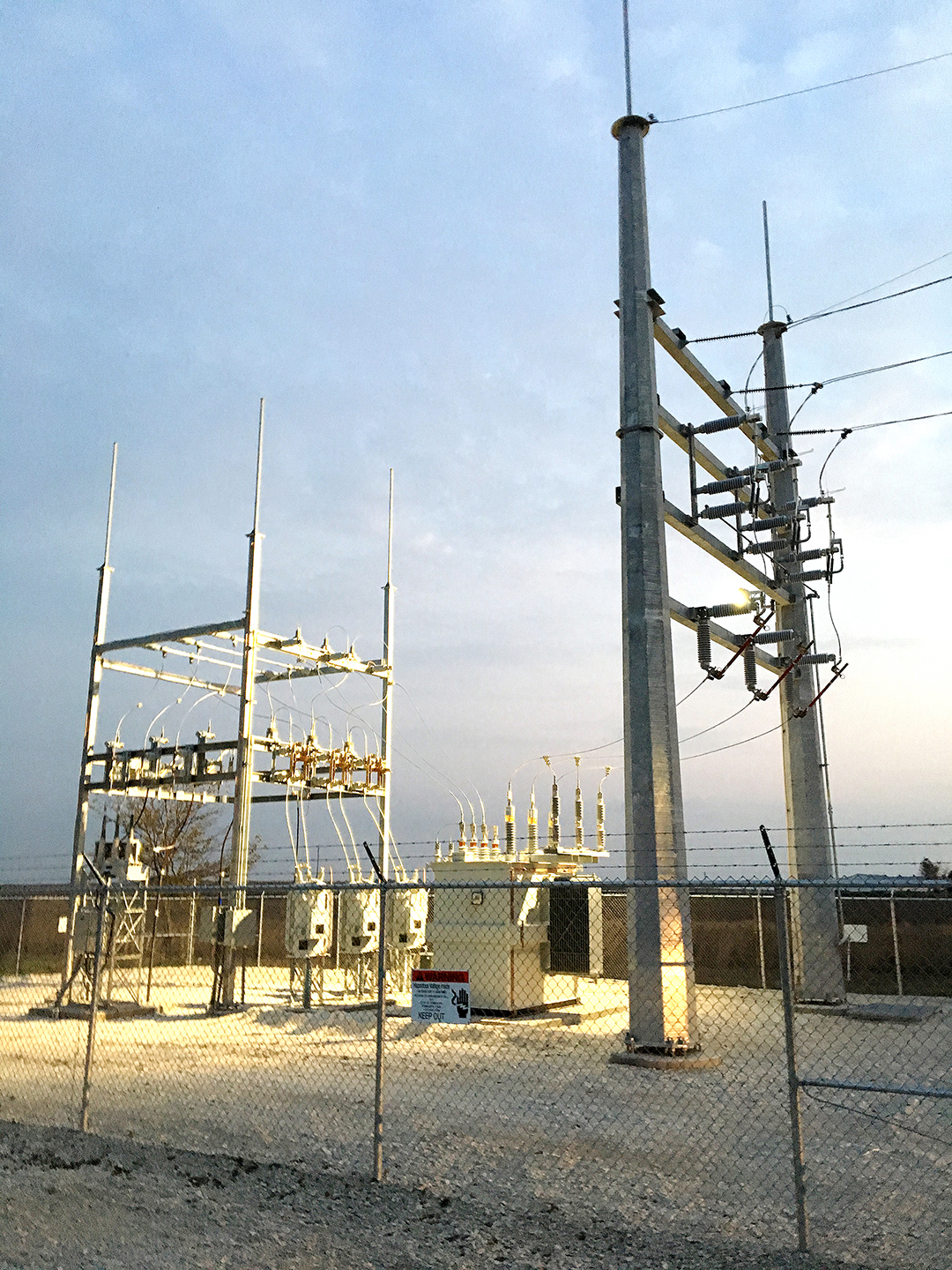 In 2015, Stanhope Municipal Utilities (SMU), located in the small central Iowa community of Stanhope, faced some difficult decisions. The regional electric transmission system operator in the area was planning to upgrade the voltage of its lines. This process would eliminate the distribution substation, which at that time was located on the outskirts of Stanhope. SMU received service at distribution voltage from the substation. DGR Engineering (DGR) was engaged to assist SMU with evaluation of alternatives, as well as to determine how any resulting facilities could be financed.

Following initial evaluation, the two most-promising options were recommended. Option 1 included taking service at distribution voltage from the regional transmission system via a radial line of approximately 10 miles in length. Option 2 involved SMU constructing its own substation in Stanhope, connecting to the recently-upgraded transmission system. In both cases, the operating voltage of the distribution system in the community would need to be changed from 7.2kV delta to 12.47/7.2kV grounded wye.

In addition to developing an initial electrical plan for each option, cost estimates for both were also developed. For Option 1, a monthly charge representing “rental” of the facilities would have been required. For Option 2, SMU would need to arrange for and ultimately re-pay the loan needed to finance the construction of the new substation and conversion of the distribution system. 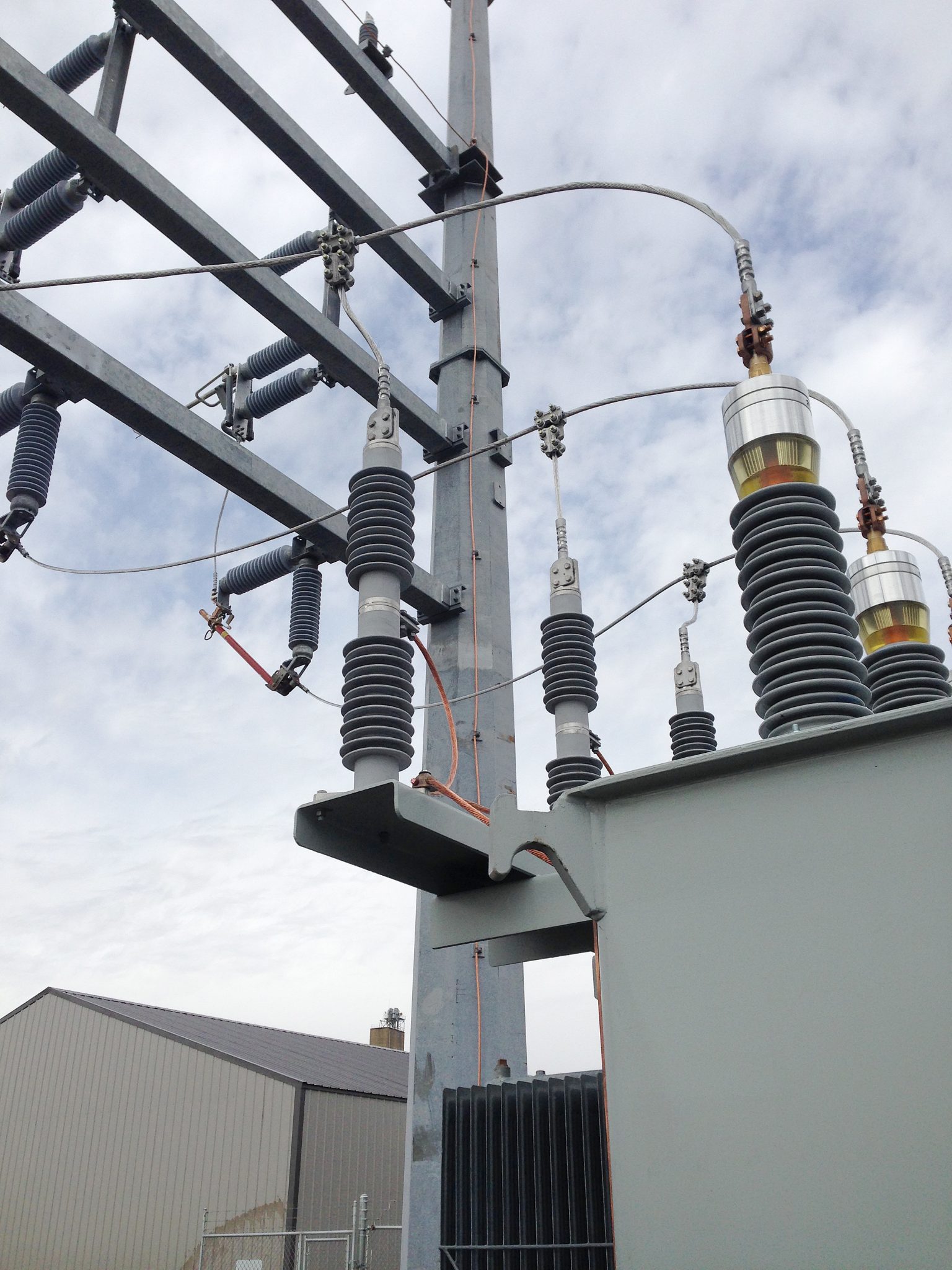 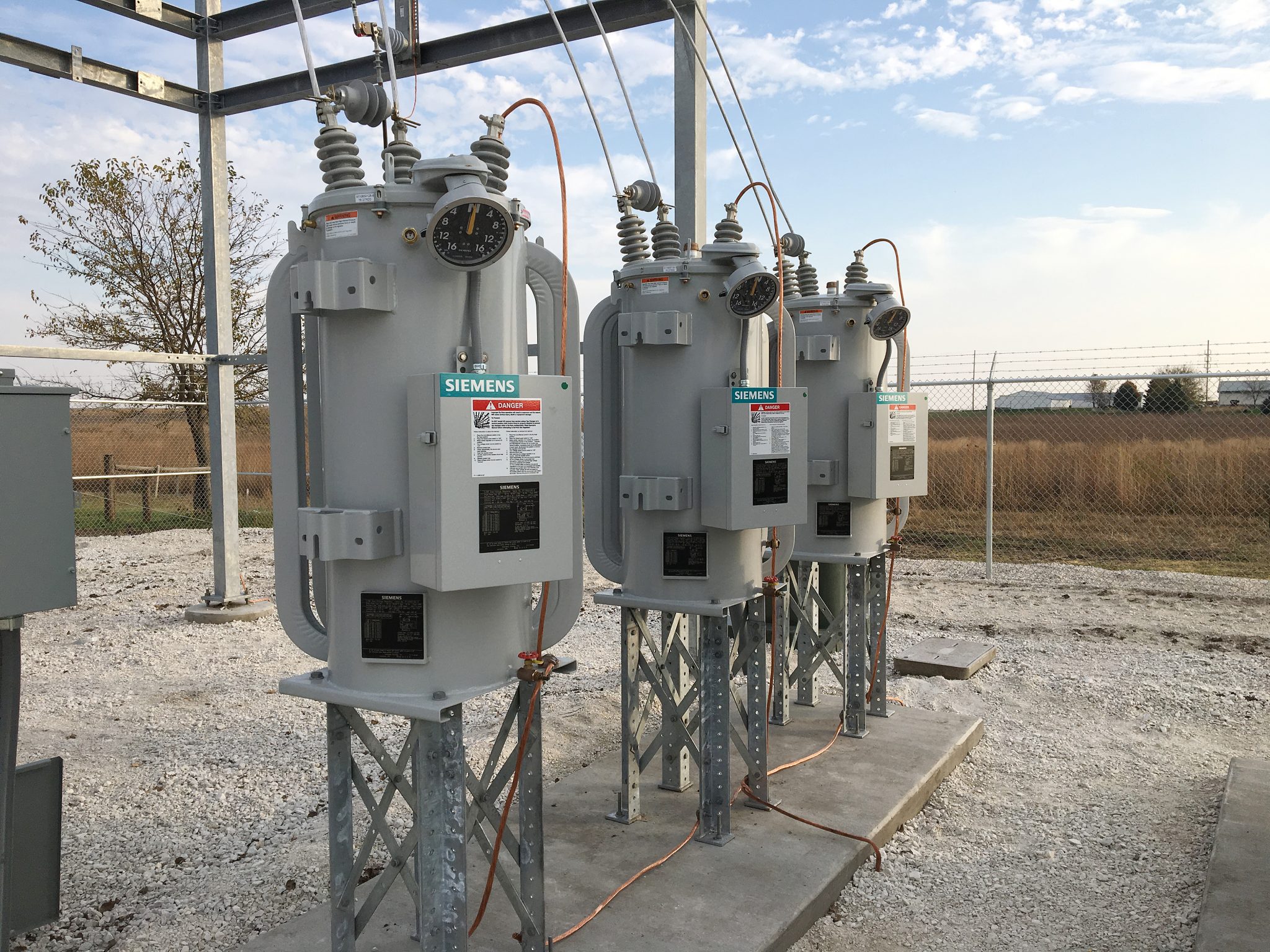 To allow SMU staff and the City Council to make a detailed evaluation of the recommended alternatives, a financial model was developed for the electric utility. This model provided a multi-year review of the impact on electric rate revenue needed to support both alternatives. Throughout the process, DGR coordinated closely with SMU’s financial advisor, Michael Maloney with the D. A. Davidson Company, to ensure the most advantageous structure for payment of debt service.

After careful consideration of the alternatives and rate impacts on its customer base, SMU approved proceeding with Option 2: construction of its own substation and “wye-ing out” its distribution system.

Following the decision, a full cost-of-service rate study was completed for SMU’s customers. The study evaluated the best alternatives for defining customer rate classes and developed appropriate structures for the retail rates paid by all customers.

The proposed rate changes were adopted, which led to SMU successfully issuing electric revenue bonds, with an overall interest rate averaging less than 3%, covering maturities of up to 20 years.

The project construction process involved a high level of coordination among many parties. The Stanhope City Clerk, Jessica Murray, coordinated activities at the local level. Public bidding processes were used to acquire major materials and contractors to build the new substation and convert the distribution system. Adam Dickinson from the neighboring Webster City Municipal Utilities (SMU’s electric system operations & maintenance provider) directed much of the complicated process of cutting over to the new facilities, aided by DGR engineers and field technicians.

Not only was the project completed in time to coordinate with the regional transmission system voltage upgrade, but the overall cost of the project was significantly under the original project estimate. Costs were reduced due to some of the unique ways the materials acquisition and construction processes were executed.

Funds for the work were obtained at reasonable long-term cost to SMU, and the new retail rates necessary to support the debt service were implemented. Overall, DGR was able to assist SMU in all aspects of the project, from initial evaluation,to design and financing, through final construction. 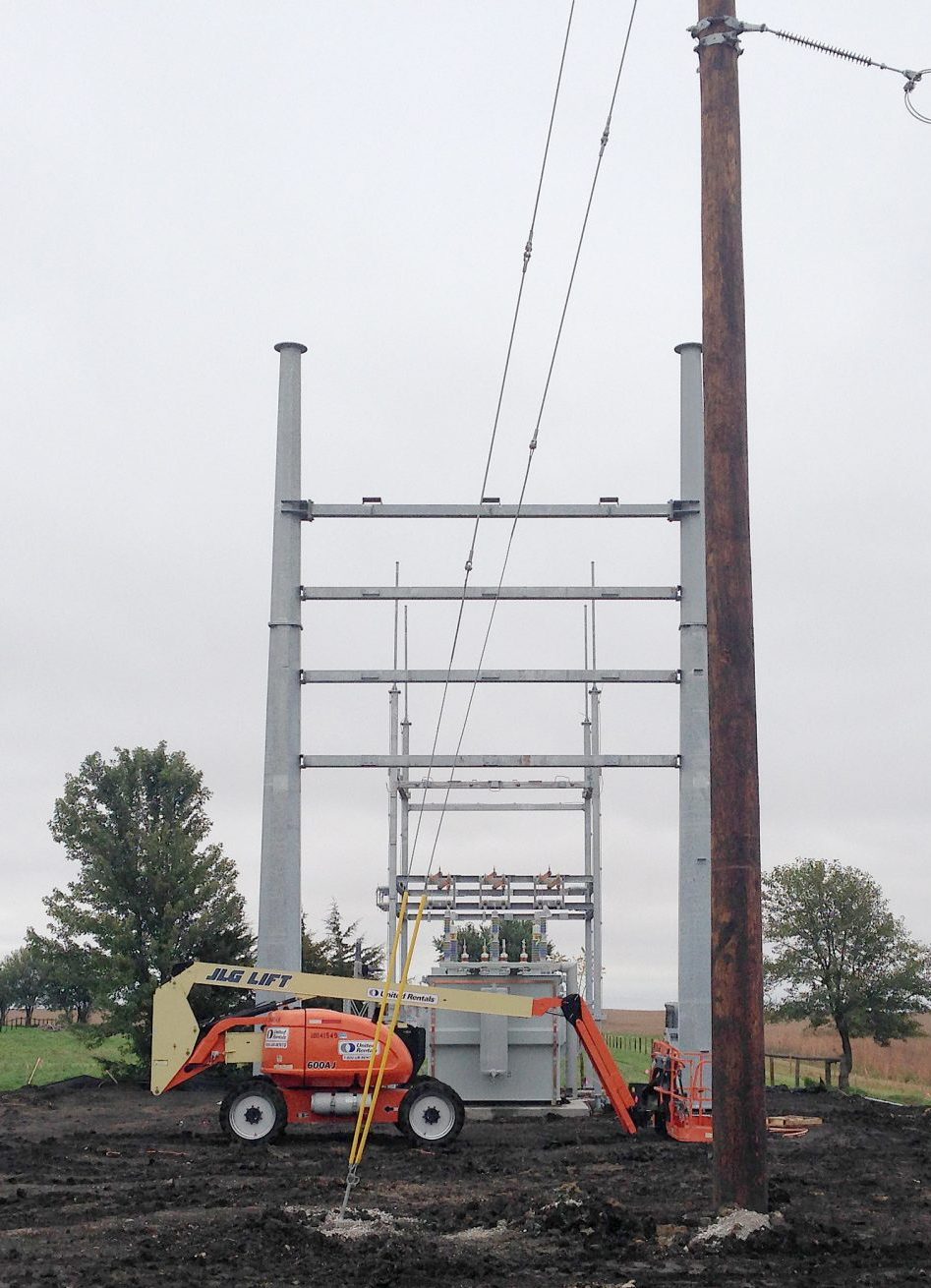 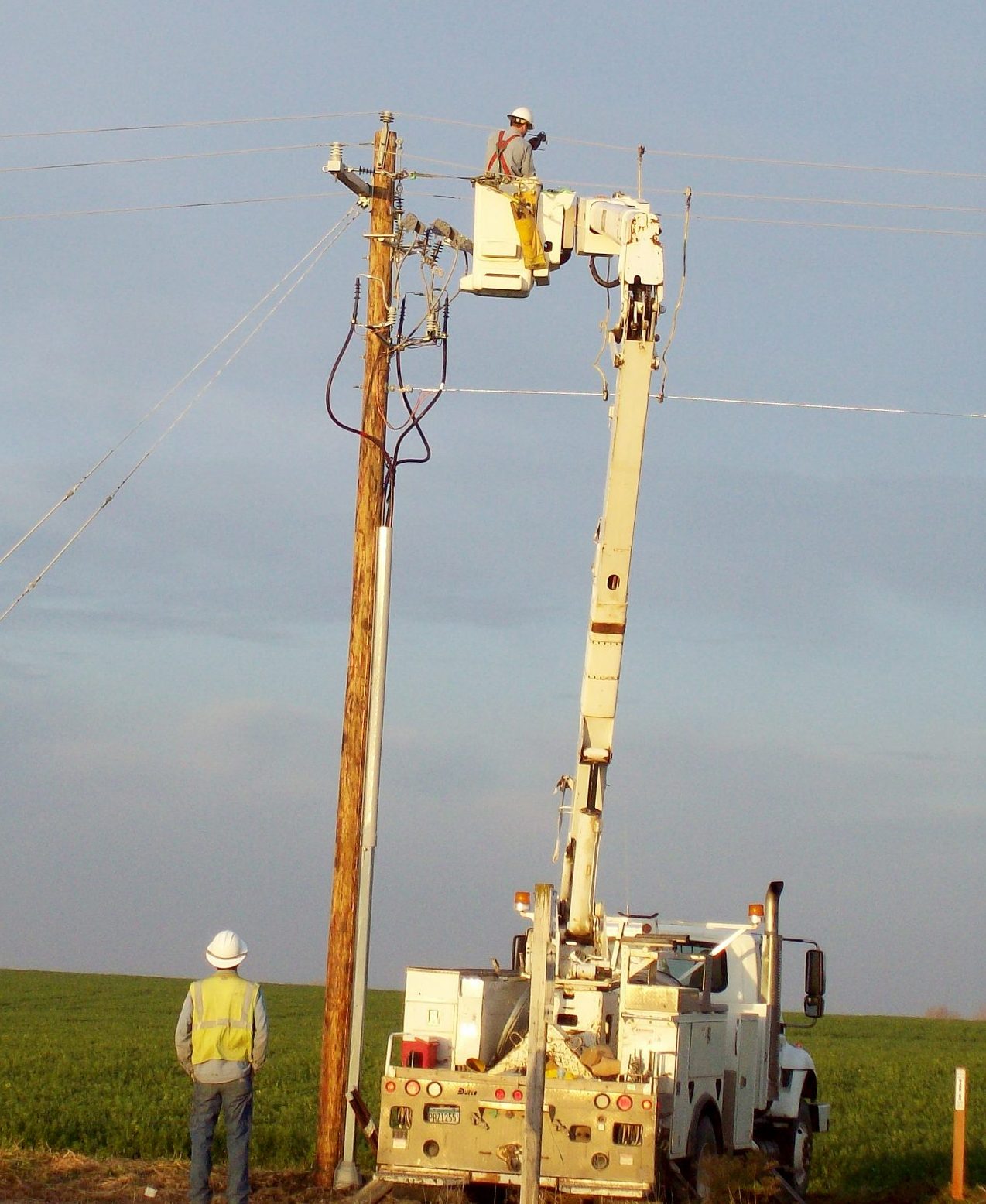 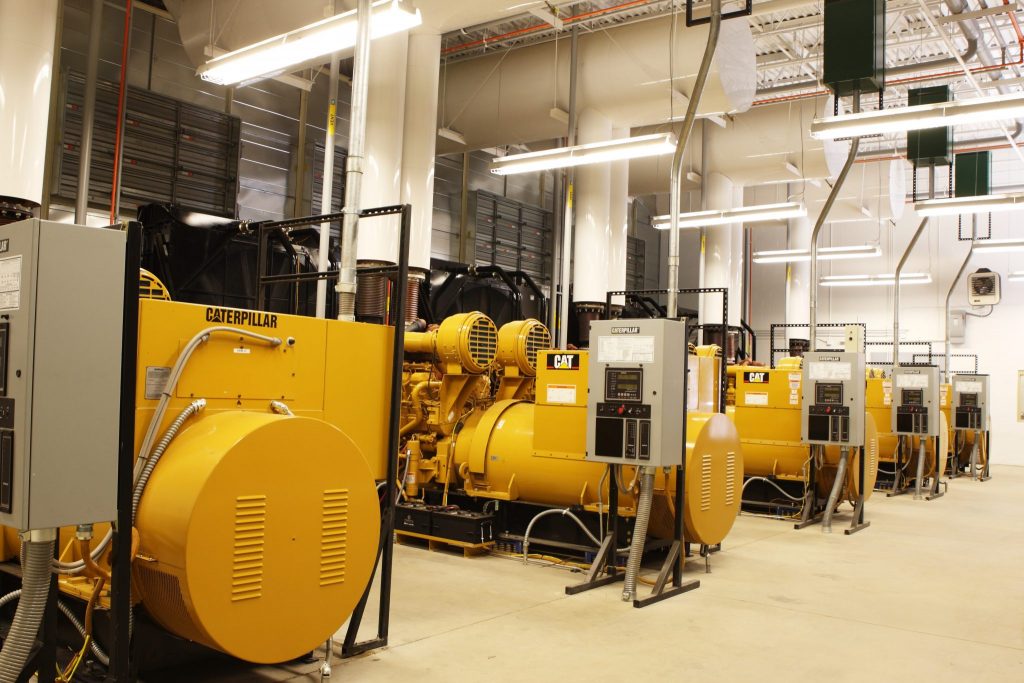 The project included full services for the construction of a new generation plant.  The project was designed for low visibility and included a high level of noise attenuation in order to meet the Owner’s performance objectives.