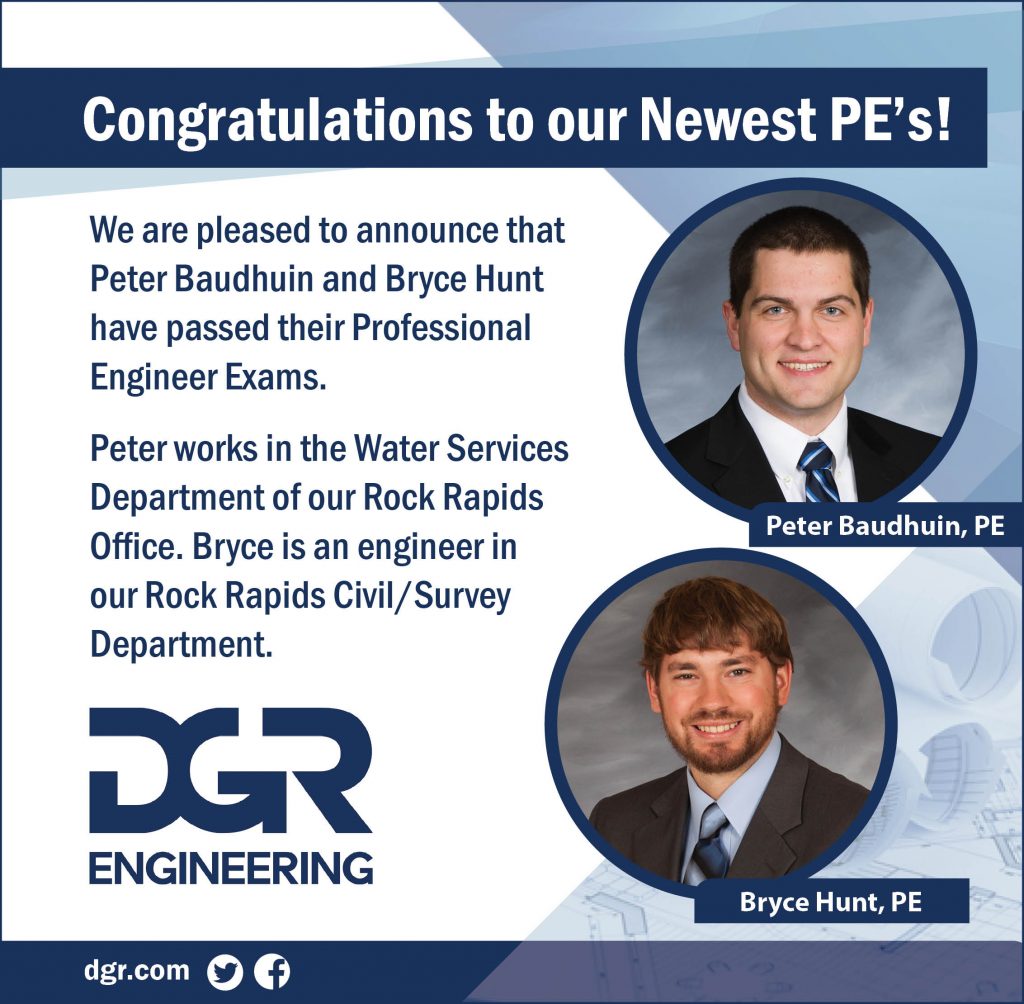 Congratulations to our newest PE’s, Peter and Bryce, for achieving this significant accomplishment! 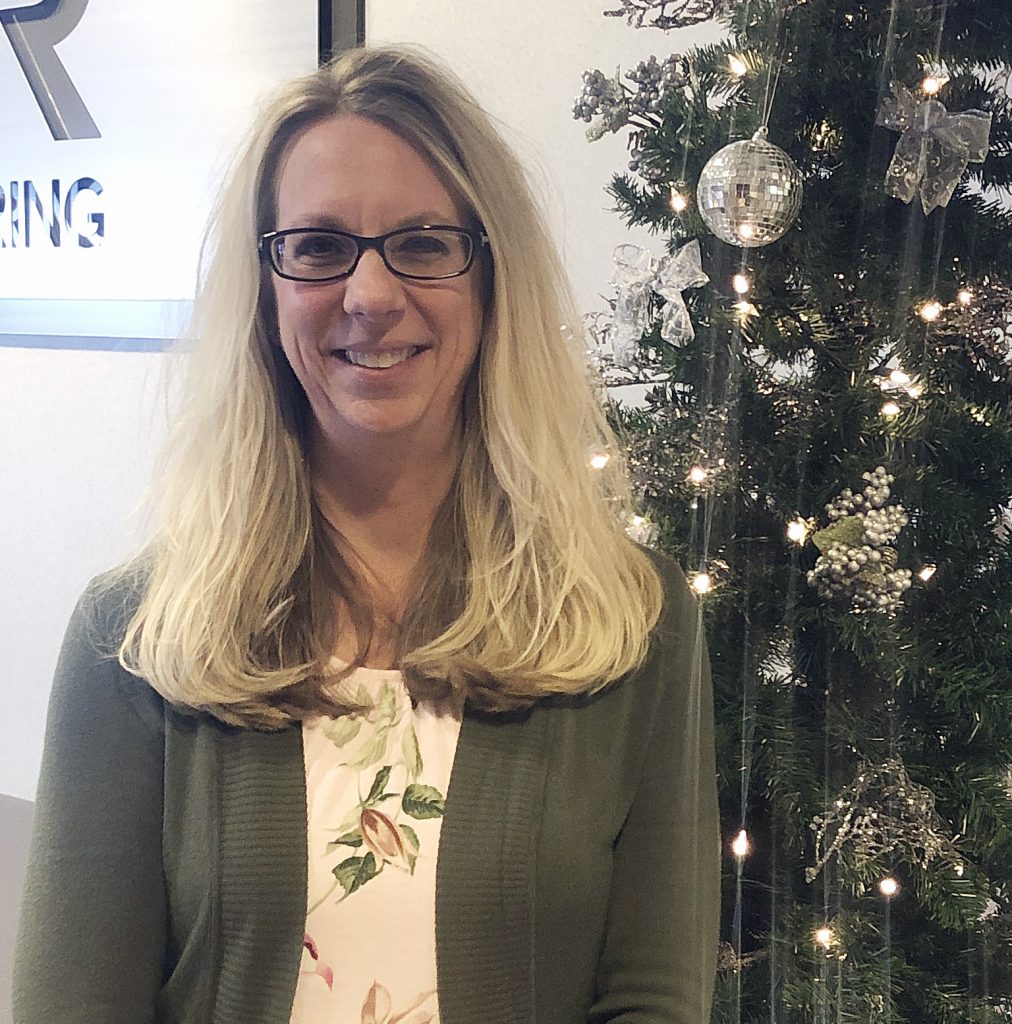 Lori works in our Rock Rapids office as our HR/Payroll Coordinator. Originally from Sioux Falls, South Dakota, she now resides in Larchwood, Iowa with her husband, and three daughters. 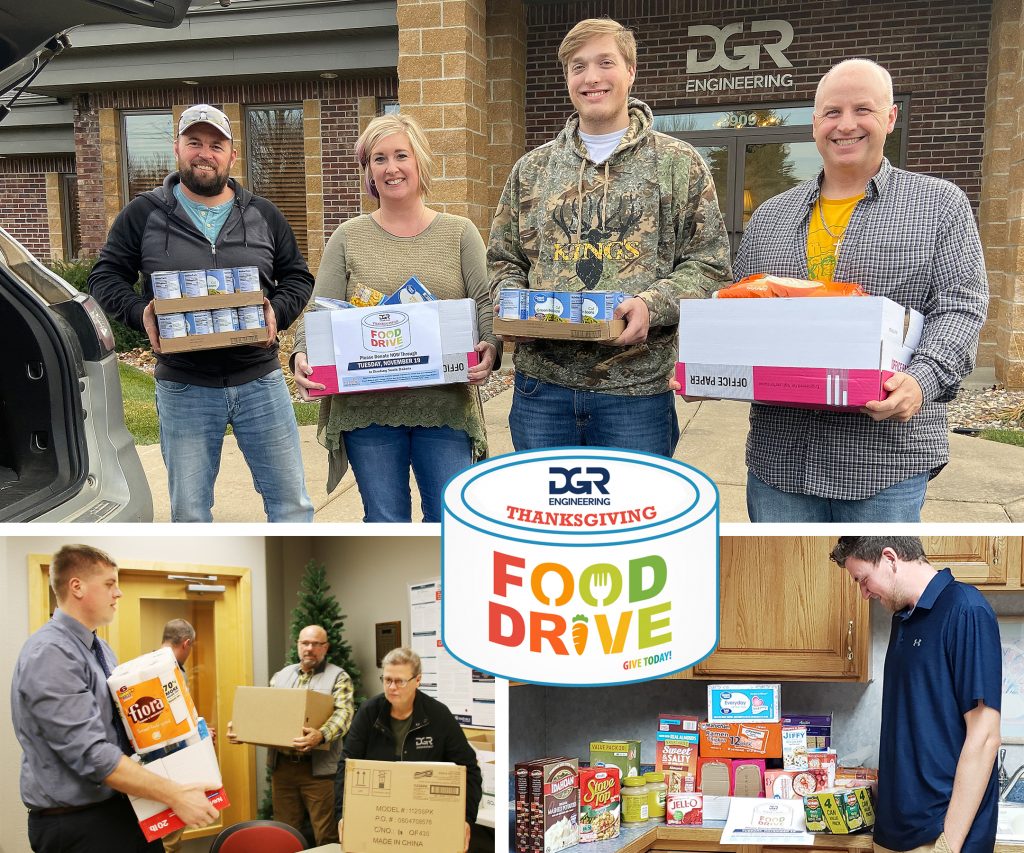 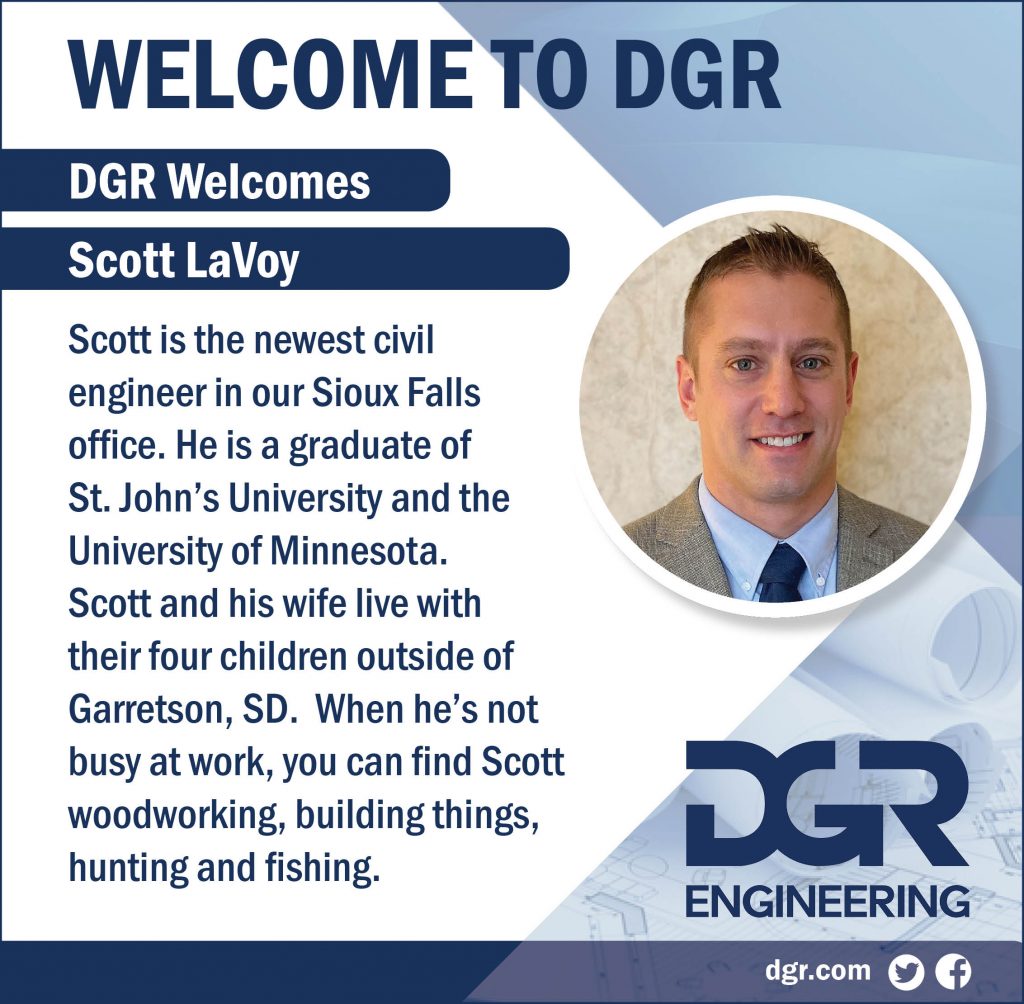 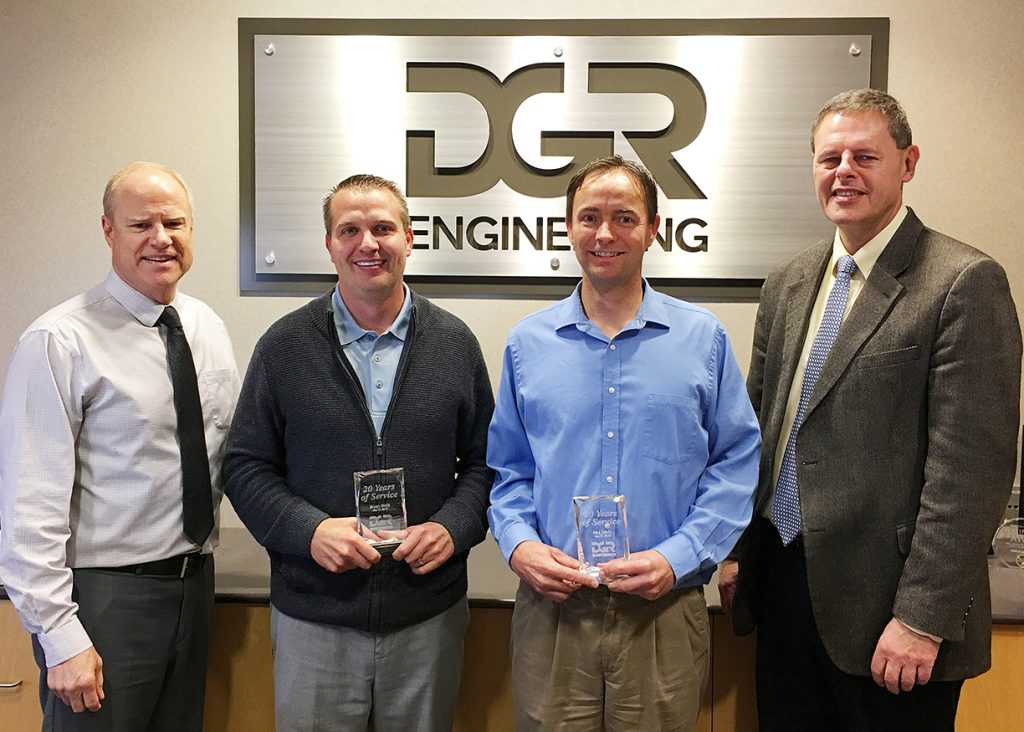 DGR Engineering recognized engineers Paul Davis and Bryan Wells for their 20 years of service to the company at the company gathering on October 11.

Davis joined the firm in 1999 after earning his bachelor’s degree in electrical engineering from North Dakota State University. He is a project manager in the electrical power department at DGR Engineering’s Rock Rapids location. Wells also joined the company in 1999 following completion of his bachelor’s degree in civil/environmental engineering from South Dakota State University. He is department head for DGR Engineering’s Sioux City Office.