30 Year Award – Dave Lamberton began work in DGR’s Rock Rapids Civil/Survey office in June of 1990 after earning his associate degree in Civil Engineering Technology at Southeast Tech. In the fall of 1990 Dave transferred to the new Sioux City Office.

30 Year Award – Brian Mastbergen started his employment with DGR’s Sioux City office in December of 1990 after earning his master’s degree in Agricultural Engineering at Iowa State University and spending several years with the Soil Conservation Service.

20 Year Award – Trent Bruce joined the firm’s Civil/Survey Department in May of 2000 after completing his education at South Dakota State University. Trent worked in DGR’s Rock Rapids office until 2011 when he transferred to the Sioux Falls office, where he currently serves as department head.

20 Year Award – Dennis Haselhoff began work with DGR in January, 2000 after working for MidAmerican Energy for nine years. A graduate of Iowa State University, he is an electrical engineer in the Electrical Power Department in Rock Rapids.

20 Year Award – Colin Johnsen is a CADD design Technician in the Water/Wastewater Department in Rock Rapids. After teaching elementary school for 12 years in a nearby community, he joined the DGR team in July of 2000. 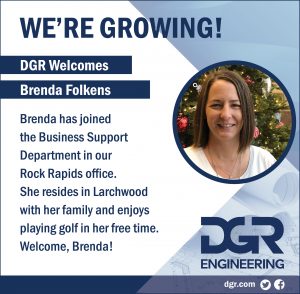 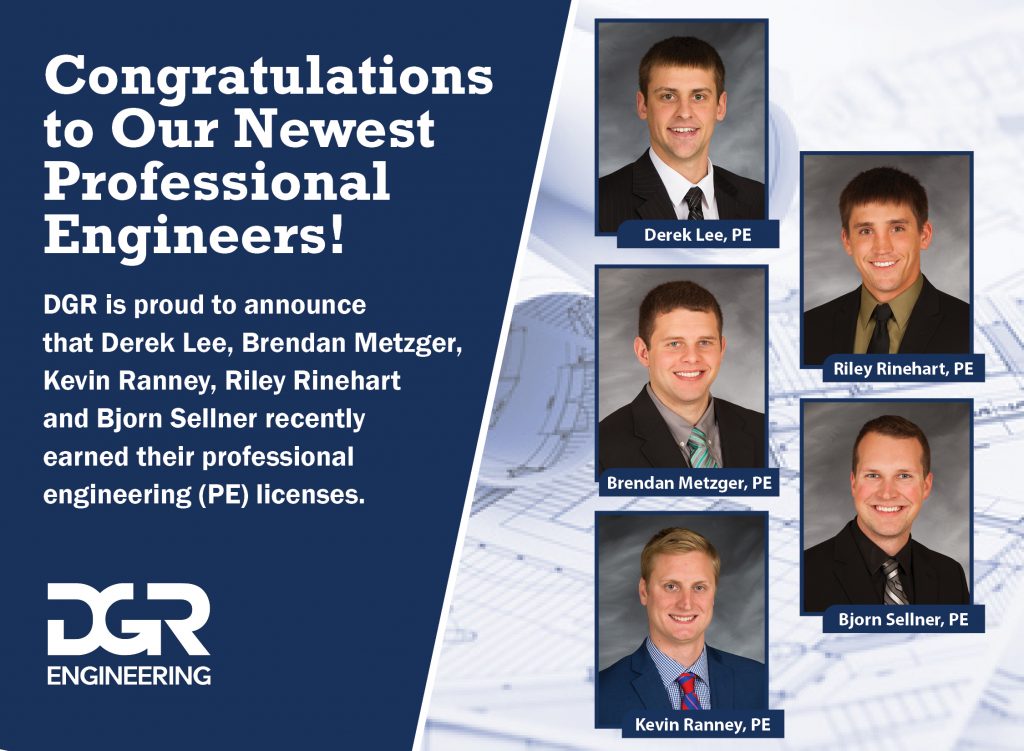 DGR employees donated and delivered this week to ATLAS of Lyon County and Feeding South Dakota, hoping to make it a better Thanksgiving for all. 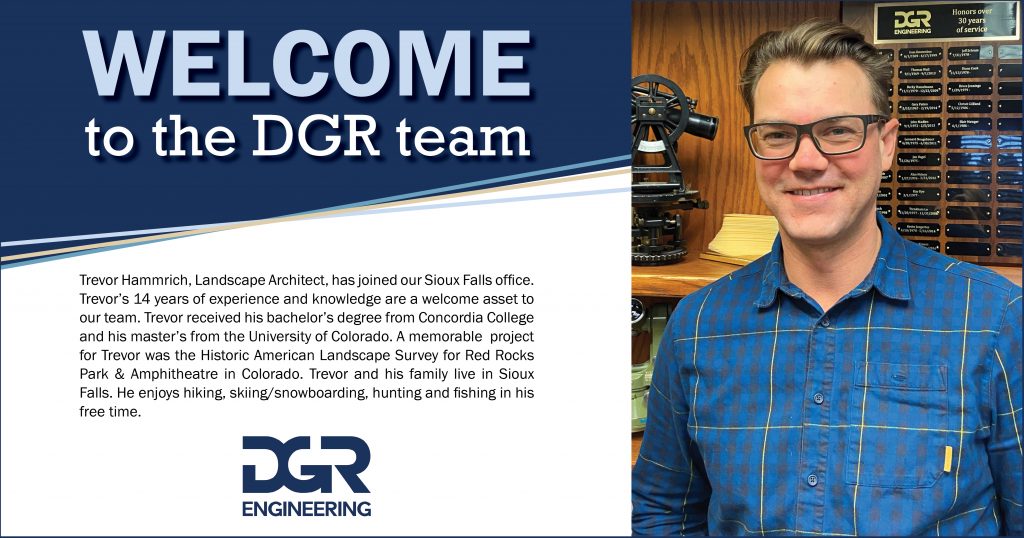