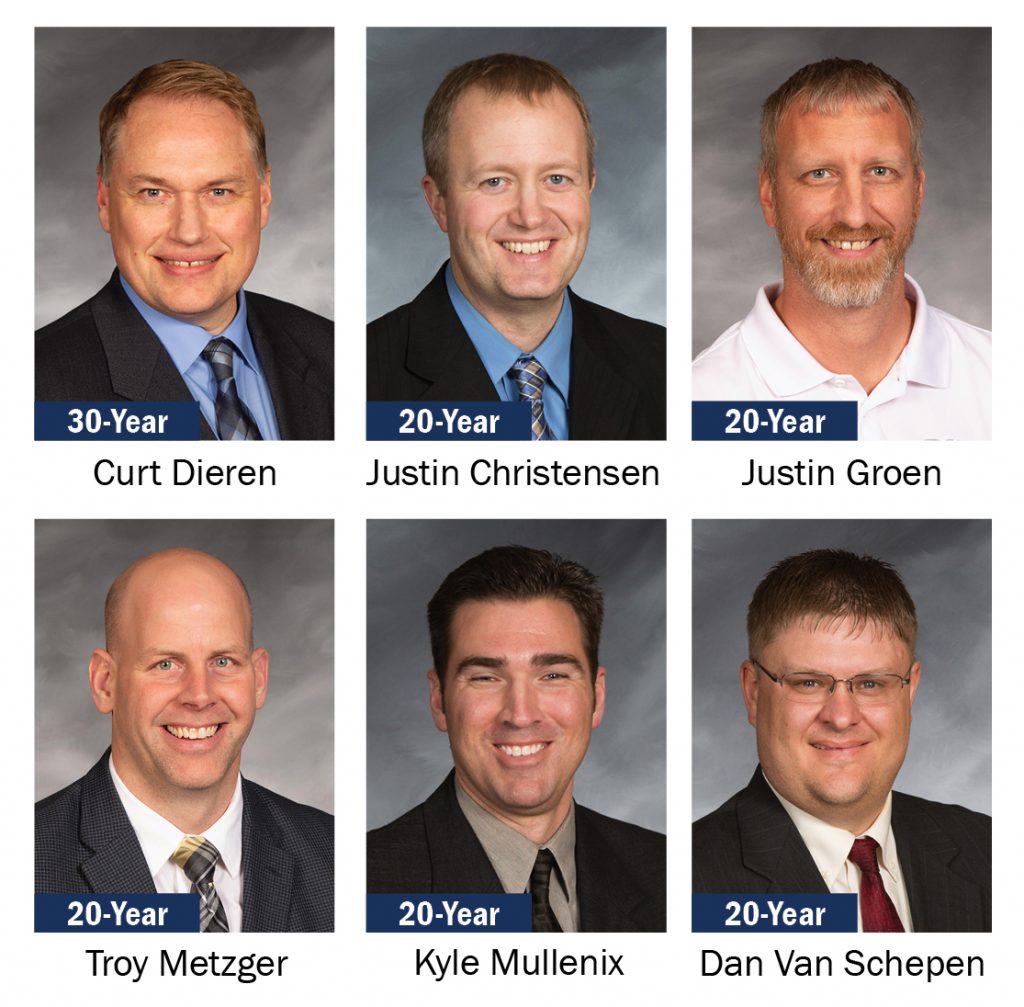 Congratulations to the 2022 DGR Engineering service award winners, who were honored at this year’s fall gathering on October 15. Curt Dieren was presented with his 30-year service award. Curt is an electrical engineer and department head of the Rock Rapids Electrical Power Department.