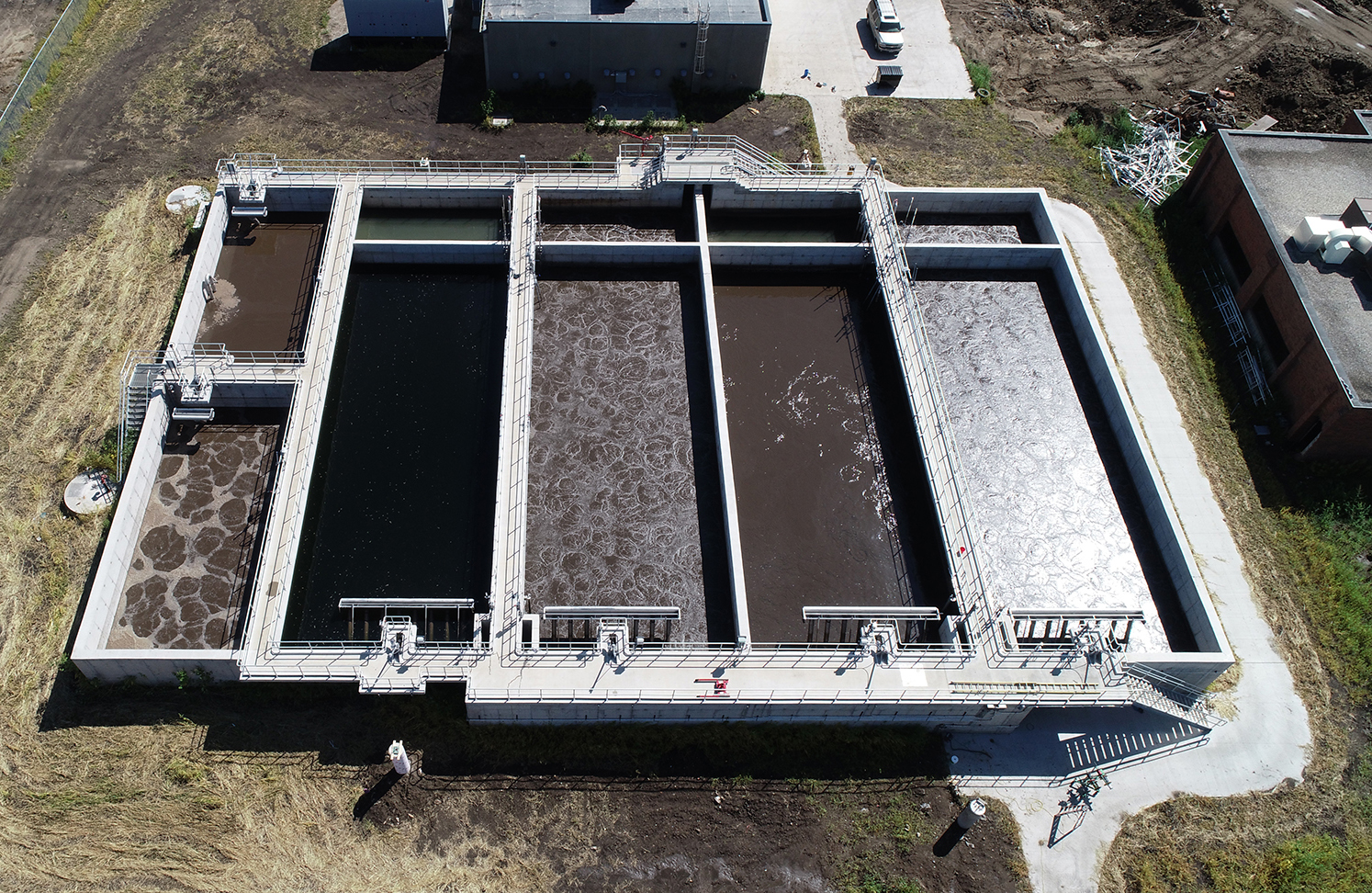 Sheldon, Iowa is a community of 5,200 people located in the northwest corner of the state. The City’s existing wastewater treatment facility was nearing the end of its useful life and was undersized for the City’s current population. Additionally, a new National Pollution Discharge Elimination System (NPDES) permit required advancements in treatment which the old facility could not provide.

DGR Engineering (DGR) worked jointly with the City to evaluate multiple treatment alternatives which included updating the existing water treatment plant. Ultimately, the selection of sequencing batch reactor (SBR) was made, based on cost, operational flexibility and convenience. The option of modernizing the existing plant was rejected because the cost would have been nearly double that of a new facility.

The new plant, rated for 5.3 million gallons per day (MGD) peak day, doubles the capacity of its predecessor. It is adequate for future population growth as well as economical development with industrial growth potential.

Start up of the new plant took place in mid-July and old infrastructure is currently being demolished. The $9.5 million construction costs were funded with revenue bonding and tax incremental financing (TIF) and utilized City owned property adjacent to the existing facility. Cooperation with existing businesses and residences affected by the location of the new facility was essential to project success. The facility is expandable for future treatment requirements, and will serve the City’s needs for many years into the future. 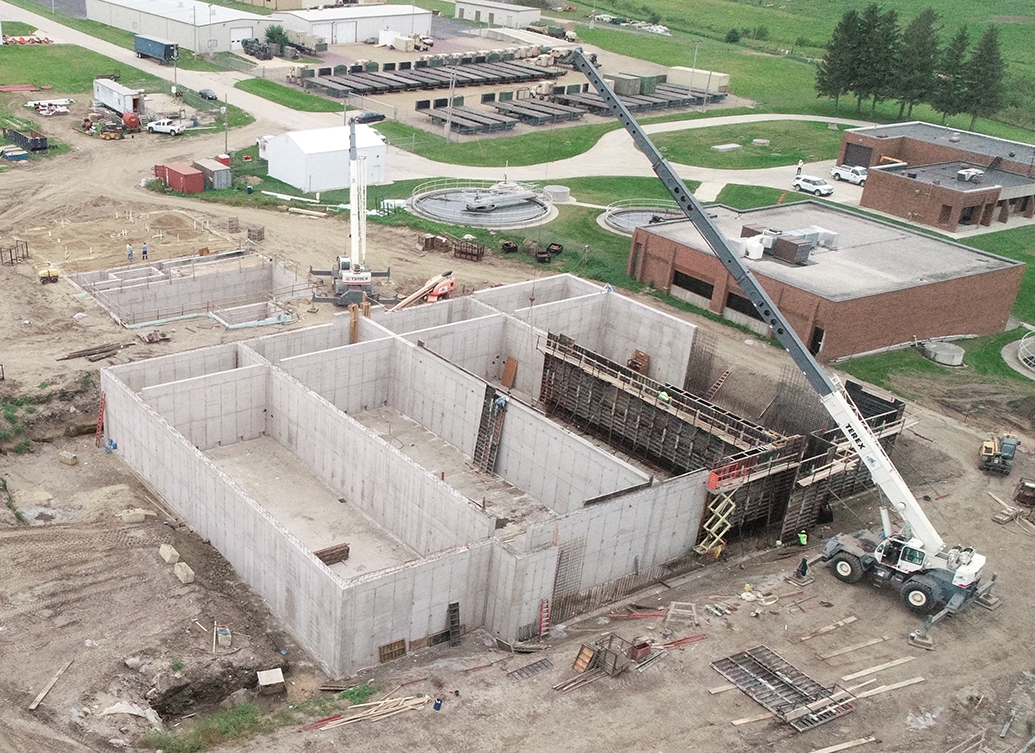