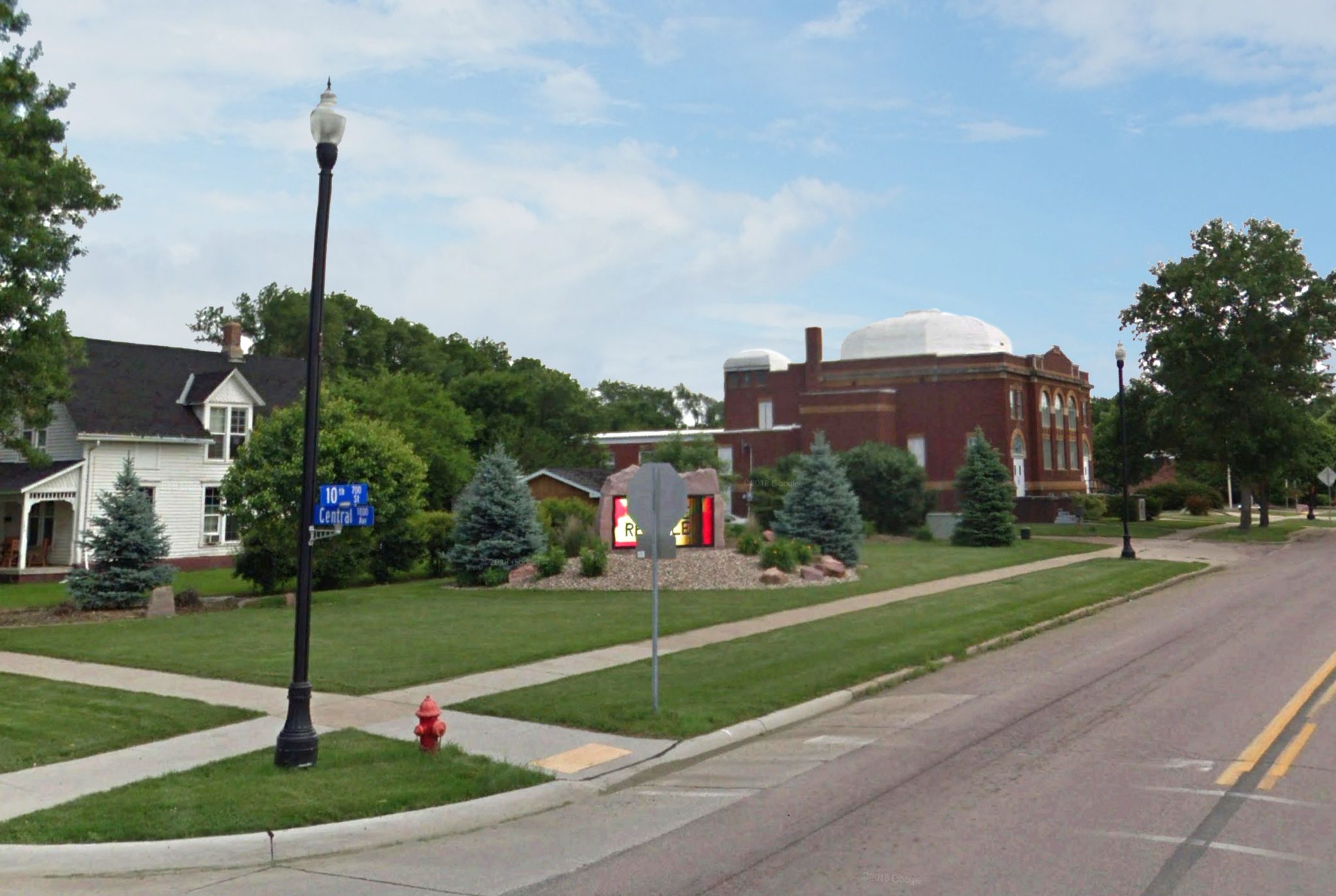 Hawarden's Street Lighting
Gets a Makeover

The legacy street lights along Highway 10 in Hawarden, Iowa had reached the end of their useful life. Many of the mast structures were beginning to corrode and a few, which were too old for replacement parts, had been removed completely, resulting in poorly lit areas along the street.

The City wanted to replace the old lighting system with a modern LED based system to reduce operating cost. In addition, they preferred to use decorative style lighting units which would enhance the aesthetics of the downtown area, and match what had been utilized in other parts of the city.

For the residential area of the street, cobra head fixtures were desired. This type of fixture is used to reduce cost while also providing improved lighting levels.

To begin the process, existing emitted light patterns were modeled using VisualTM 2012, an Acuity Brands Lighting software package, to determine the photometric patterns of the existing lighting system. The City wished to maintain or exceed current lighting levels. Once existing levels were determined, the new street lighting system was designed based on the Illuminating Engineering Society’s (IES) RP-8 guidelines and to meet or exceed existing lighting intensity levels. After the layout was completed, construction plans were developed. Preparations were made to hire a contractor to install the system along with the related foundations, conduit, wiring, and grounding.

The City is pleased with the new lighting system performance improved intensity and uniformity, as well as the reduced energy consumption of the system.