To avoid the line freezing, and prevent the potential issue of the exposed temporary force main being damaged by traffic, the City needed a repair project designed and constructed in a short time frame. DGR Engineering (DGR) was contracted to design a new force main that would be installed under Split Rock Creek, and at the same time, a new 16” water main was designed to replace the existing water line to facilitate future development needs.

The City had also been experiencing severe erosion in the ditch east of Split Rock Creek and wanted to address that issue along with the project. DGR engineers worked with several suppliers to find an appropriate erosion control solution that would withstand the runoff flows and grades in the ditch up to 15%. Flexamat was chosen as the best product to meet the needs of the City. 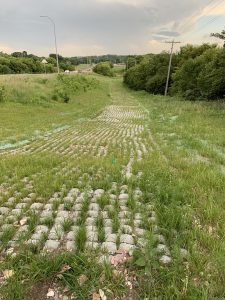 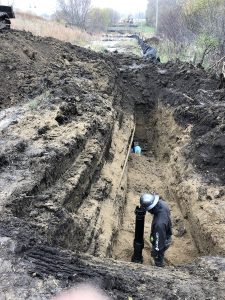 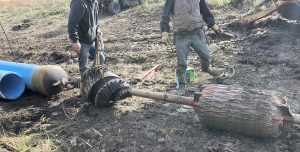 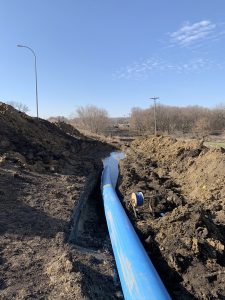